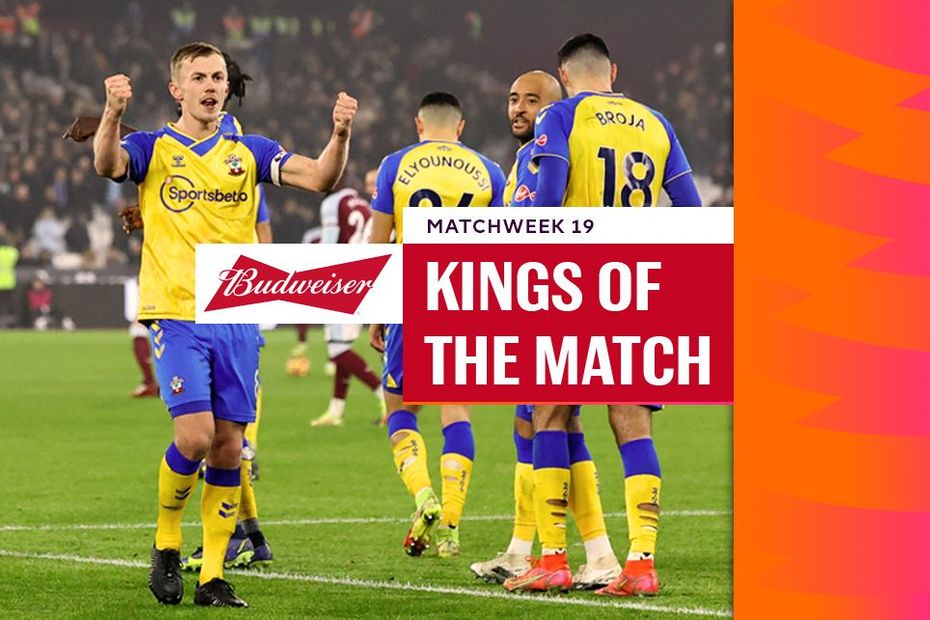 See which players have earned the backing of supporters, including James Ward-Prowse

After the final whistles of the Boxing Day matches, thousands of supporters voted to crown their Budweiser Kings of the Match.

See who has come out on top across the Matchweek 19 contests played so far, and click on the results below to find out how the voting went.

The Manchester City star scored twice more to continue his fine run of form, taking his tally to five strikes in four matches.

He struck a brilliant brace as Arsenal earned their joint-highest away win in the Premier League.

The South Korean scored for a fourth consecutive match and took almost 60 per cent of the vote as Tottenham Hotspur went fifth.

The midfielder converted a penalty, becoming just the fourth Premier League player to reach double figures for both spot-kick and free-kick goals. He also provided an assist from a set-piece against West Ham United.

His introduction at half-time made the difference, scoring once before earning Chelsea their second penalty of the match.

He made a couple of crucial saves to help Brighton & Hove Albion to a first win in 12 matches.

Scored a stunning opener for Newcastle and was only denied a second goal by the reflexes of Manchester United goalkeeper David De Gea.