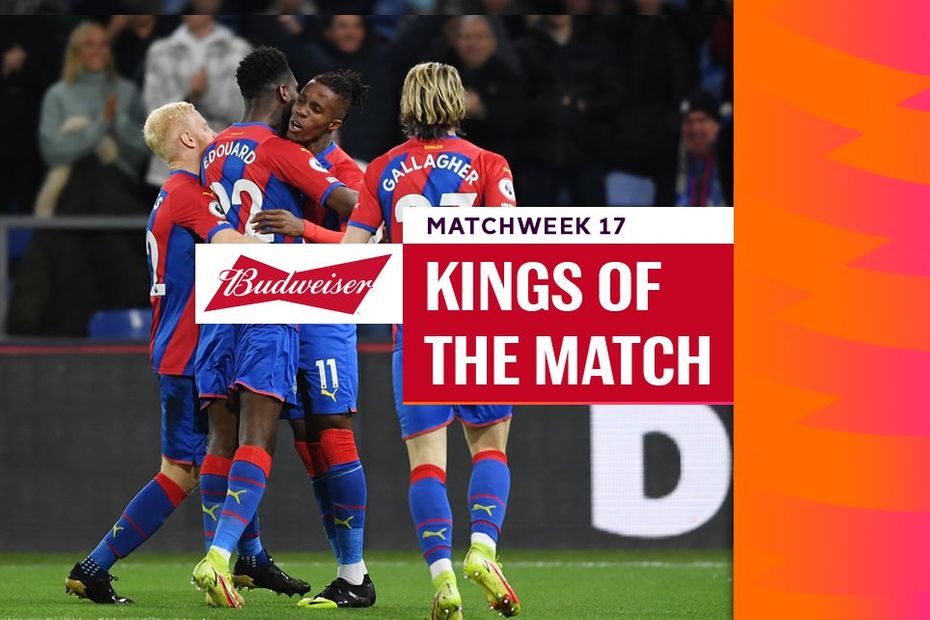 See which players earned the backing of supporters, including Crystal Palace's Wilfried Zaha

After the final whistles in Matchweek 17 of 2021/22, thousands of supporters voted to crown their Budweiser Kings of the Match.

Created the opener for Jacob Ramsey before getting on the scoresheet himself to claim over two-thirds of the vote.

Marked his return to Manchester City's line-up with two goals in an emphatic victory.

It was the Moroccan who scored the decisive goal for Wolverhampton Wanderers, and he could have had a hat-trick.

The Crystal Palace winger made the early breakthrough to edge out Armando Broja for the vote.

It was his strike that opened the scoring and set Arsenal on their way to victory as they moved up to fourth.

The Chelsea right-back received 43.1 per cent of the vote after setting up Mason Mount to open the scoring.