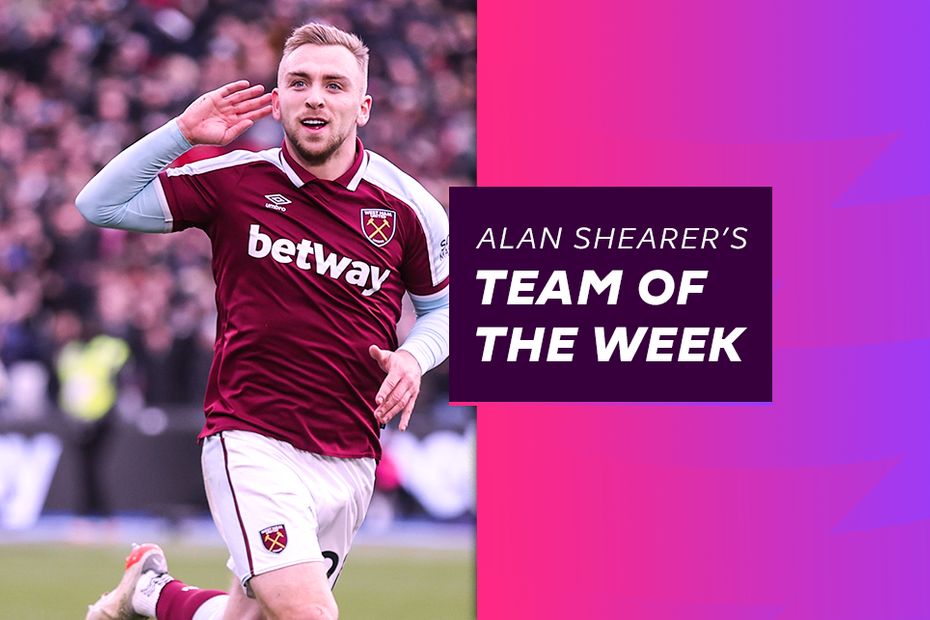 Scoring against Chelsea has been a challenge this season, with the reigning European champions keeping eight clean sheets in their opening 14 Premier League matches and never conceding more than once.

But that all changed on Saturday as West Ham United struck three times to beat the Blues and end their visitors' spell at the top of the table.

The Premier League's record goalscorer Alan Shearer felt Jarrod Bowen was the pick of the bunch and has named the Hammers winger in his Matchweek 15 Team of the Week, along with manager David Moyes.

Who impressed you most? pic.twitter.com/JIVbjbzXm5

Emiliano Martinez (AVL)
He made an incredible save to deny Harvey Barnes and preserve three points for Aston Villa.

Ezri Konsa (AVL)
It’s not often a centre-back scores twice! He also dealt with a lot of Leicester City pressure in an end-to-end encounter.

Jamaal Lascelles (NEW)
The captain led by example as Newcastle United kept a first clean sheet and got their first win, beating Burnley.

Ben Davies (TOT)
Rejuvenated under Antonio Conte. He played his part in another clean sheet and set up Son Heung-min’s goal against Norwich City.

Bernardo Silva (MCI)
Five goals in five matches. He is in incredible form. Superb on the ball and never stopped running off it.

Fred (MUN)
He scored a brilliant goal against Crystal Palace that typified his recent improvement. The Brazilian looks like he can thrive under Rangnick.

Mason Mount (CHE)
Mount delivered the corner for Chelsea’s opener and then scored a brilliant goal himself.

Son Heung-min (TOT)
A goal, an assist and at the heart of everything good Spurs produced.

Demarai Gray (LEI)
A menace all night, hitting the crossbar in the build-up to Everton’s equaliser before winning the match with a spectacular strike.

Manager: David Moyes (WHU)
Another incredible result to maintain West Ham's top-four push. Moyes matched Chelsea’s 3-4-3 system, and both that and his half-time introduction of match-winner Arthur Masuaku paid off.