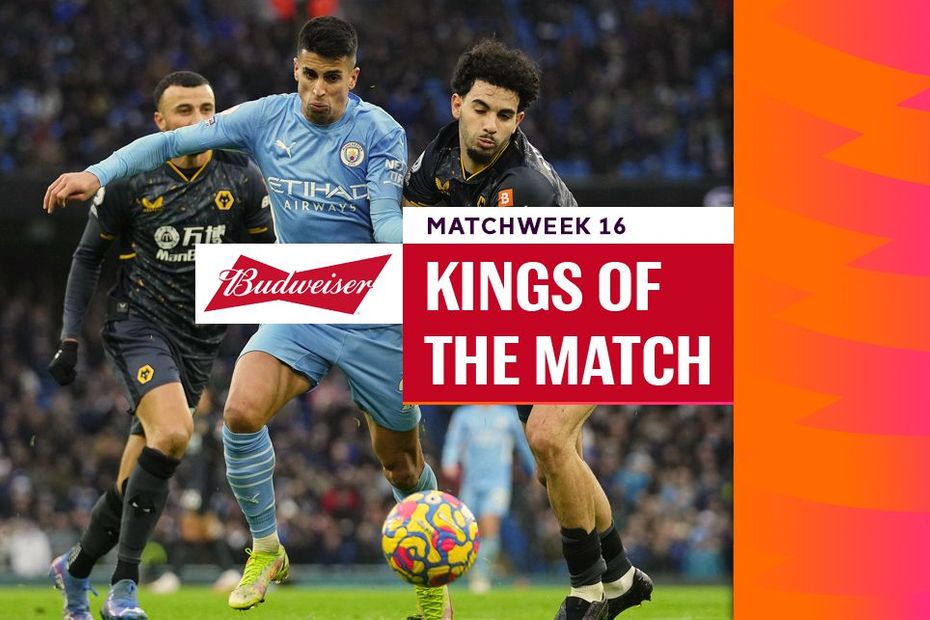 See which players earned the backing of supporters, including Joao Cancelo

'Vieira the perfect midfield mentor for Gallagher'
Owen: The title race will be cat and mouse
What we learned in Matchweek 16

After the final whistles in Matchweek 16 of 2021/22, thousands of supporters voted to crown their Budweiser Kings of the Match.

The Nigerian striker continued his rich vein of form with a fourth goal in five matches and seventh of the season overall to claim 74.9 per cent of the vote.

The Portuguese right-back gave another impressive display at both ends of the pitch to earn 66.8 per cent of the vote.

The Arsenal goalkeeper made six saves to keep a clean sheet in the 3-0 win over Southampton.

The Chelsea midfielder netted the equaliser as he helped his side earn a dramatic, late victory.

Salah scored his 14th Premier League goal of the season - this time from the penalty spot - to secure Liverpool's 1-0 win over Aston Villa.

Burnley's goalkeeper kept West Ham at bay with a string of saves in the goalless draw at Turf Moor.

The Leicester midfielder scored one goal and made another in the 4-0 win over Newcastle.

Two goals in Crystal Palace's 3-1 win over Everton earned the Eagles midfielder a comprehensive 91.9 per cent of the vote.