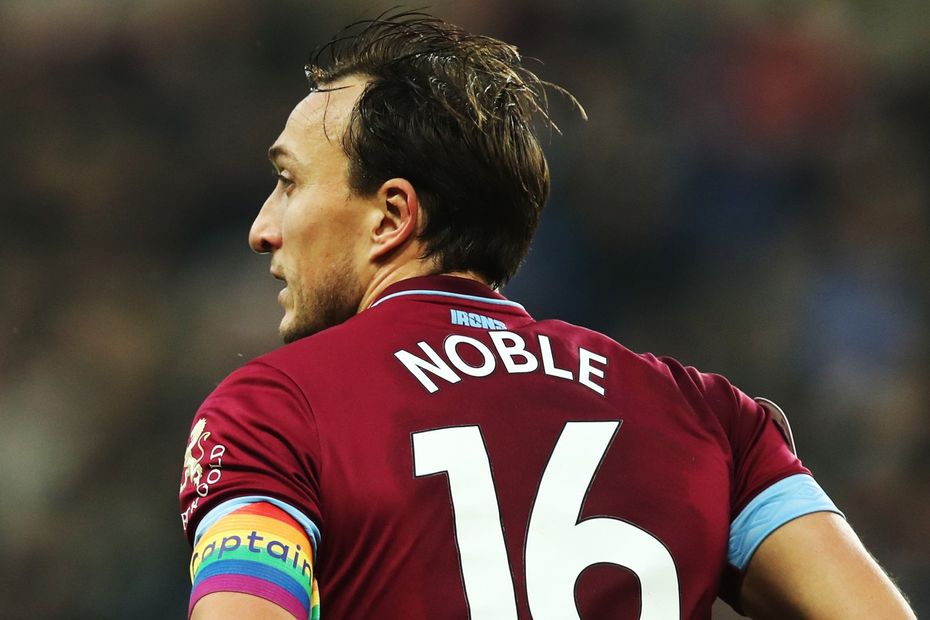 Butland: We would support any openly gay player

West Ham United captain Mark Noble believes the club have created a culture where one of their players could feel comfortable coming out as gay.

All Premier League matches between 27 November and 2 December are dedicated to Stonewall's Rainbow Laces campaign, demonstrating the ongoing commitment to supporting LGBTQ+ inclusion and making it clear that football is for everyone.

Noble chatted with two members of West Ham’s LGBTQ+ supporters’ group Pride of Irons and stressed the importance of giving players an environment where they can feel safe discussing their sexuality.

“In our changing room, we’ve got to show that anyone is included,” he said. “Especially over the last five years, I’d say that’s definitely come to the forefront.

“In general,  if you hold stuff back, as we’ve seen during COVID with the issues around mental health, if people keep stuff in and keep their feelings inside, letting things out is a weight off your shoulders, and I think that’s the same for everyone.

“Do you know what? I think the world has changed in such a way now that you’re going to see a lot more [players coming out].”

Education in the Academy

At West Ham’s Academy, that environment is being encouraged from a young age as players are being taught about the values and qualities they should have as team-mates.

As part of Rainbow Laces, players from the Under-16s and below have been discussing inclusion and acceptance, Academy player care officer Evan Hall explained.

“It was a nice starting point for the boys to start thinking about what inclusivity means to them and how they can start to educate themselves, as well as how to be supportive and inclusive team-mates in the future,” Hall told the club’s official website.

The whole Academy will also be able to take part in a workshop on inclusivity this week delivered in partnership with Stonewall.

"Doing this in their teenage years, especially when boys and girls can be at different levels of maturity and how open they feel they can be, is important, so that they can have an environment where they can talk if they want to," Hall added.