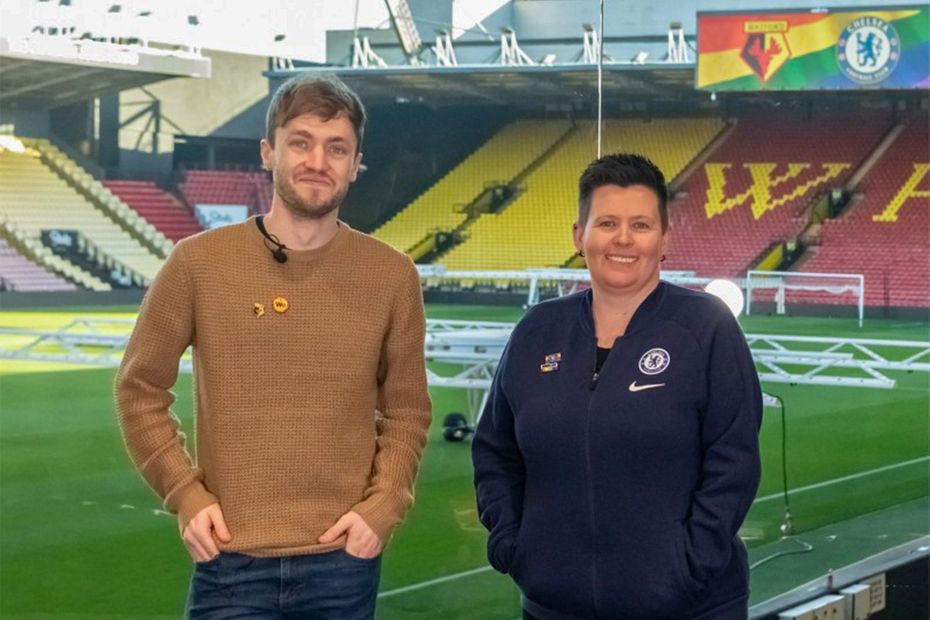 They will be rivals on the pitch on Wednesday evening when Watford host Chelsea but off it, Proud Hornets and Chelsea Pride are united in promoting equality and diversity in football and wider society.

All Premier League matches between 27 November and 2 December are dedicated to Stonewall's Rainbow Laces campaign, demonstrating their ongoing commitment to supporting LGBTQ+ inclusion and making it clear that football is for everyone.

Before tonight's match, Callum Jewell from Proud Hornets and Tracy Brown from Chelsea Pride sat down at Vicarage Road to discuss allyship, reporting discrimination and the importance of education in tackling prejudice.

Both clubs are encouraging fans to report any form of discriminatory abuse and Callum explained how the support of allies is integral.

"It can't just be people from the community, it has to be allies," he said. "There's much more of you than there is of us, so it really is important that you show solidarity with everybody, otherwise these campaigns will just fall by the wayside."

The video above is just part of Watford's year-round commitment to equality.

And ahead of tonight's fixture, fans in the Sir Elton John Stand will be given colourful T-shirts to wear over the top of their jackets or to hold up as the players enter the field of play.

"Our allyship with Proud Hornets and our commitment to support LGBTQ+ inclusion doesn't just cover the two match rounds of this campaign, we’re in regular contact with Proud Hornets to discuss issues affecting their members and we support several events across the year."