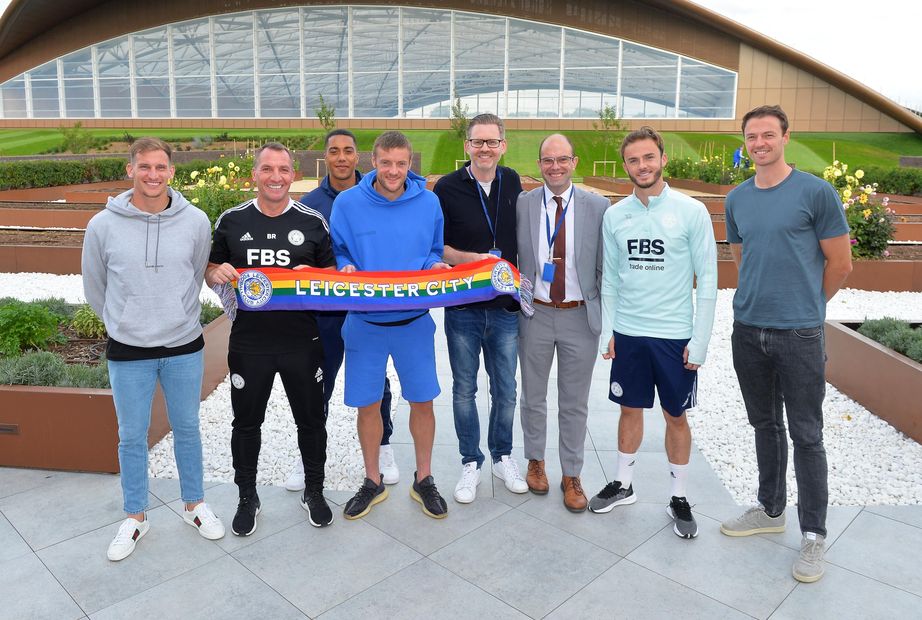 Leicester City manager Brendan Rodgers and his players welcomed members of Foxes Pride to their Seagrave training ground to hear more about the challenges that people from the LGBTQ+ community are facing in football.

Ahead of Leicester's 4-2 home victory against Watford on Sunday, which was dedicated to the Rainbow Laces campaign, Rodgers, James Maddison, Youri Tielemans, Jonny Evans, Marc Albrighton and Jamie Vardy also met the club’s official LGBTQ+ fan group to hear about the importance of allyship.

"We have enjoyed a strong partnership with Leicester City since forming in 2015, and this year's Rainbow Laces campaign has been no exception, with the opportunity to meet Brendan and the players an amazing experience for us," Graeme Smith, Chair of Foxes Pride, told the club's official website.

"They were really open to hear about our experiences and we know that they are serious about the role they play in being allies of the LGBTQ+ community.

"It was brilliant to share our stories and experiences with them and to understand their commitment to ensuring football is a safe place for all fans, including the LGBTQ+ community."

Vardy welcomed the chance to hear about the experiences of the Foxes Pride fans.

"One of the key messages that came from our conversation with the group was about allyship and how we can use our profile as footballers to help support and raise awareness of the LGBTQ+ community," he said.