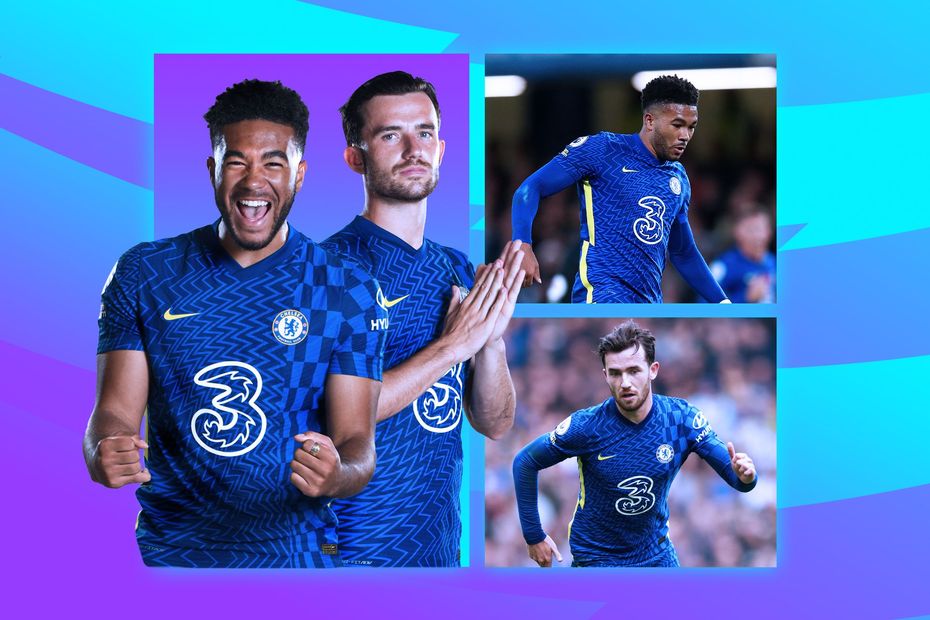 Adrian Clarke looks at key tactical points and players who can be decisive in Matchweek 12.

It is not often that a manager would identify two opposition wing-backs as the main threat to his team, but it would be understandable if Brendan Rodgers was thinking that way ahead of Leicester City’s match against Chelsea on Saturday.

In Thomas Tuchel’s 3-4-2-1 formation, his wide men are of significant importance, especially in the absence of star striker Romelu Lukaku.

Reece James, Ben Chilwell and Marcos Alonso have registered eight goals and four assists between them in the Premier League this term, underlining their influence in the final third.

Minutes per goal at Chelsea

Of all the Premier League players who have scored at least three times this season, James and Chilwell are ranked inside the top 10 for the fewest minutes per goal.

Indeed, James is scoring at a faster rate than strikers Jamie Vardy and Michail Antonio.

The way that Chelsea attack under Tuchel, the wing-backs are regularly in advanced areas.

The Blues’ attacking midfielders drag markers infield, creating space for a wing-back to step into in the final third.

When it comes to touches in the opposition box, James and Chilwell average 5.1 and 4.6 respectively per 90, easily the highest totals among all Premier League defenders who have played at least 450 minutes this season.

For context, Liverpool's Andrew Robertson is third with 3.3.

In the 7-0 thrashing of Norwich City, James and Chilwell both scored in near-identical circumstances as their team-mates moved inside to create space.

Leicester's full-backs and wingers will need excellent positional awareness and communication to contain the duo.

Since securing his position on the left side, Chilwell has shown great athleticism, covering the entire flank by himself.

Of the 43 Premier League defenders who have featured for at least 370 minutes, Chilwell is ranked second for both distance covered and sprints per 90.

Ricardo Pereira, who is likely to start at right-back for Leicester, will have to match that level of running.

And it will not be any easier if Alonso starts instead. The Spaniard is ranked third for the most distance covered by Premier League defenders.

Alonso and James are also two of the division’s most creative defenders, delivering around four crosses each per match into the box.

On average, James creates 2.8 chances per 90 in open play. Across the Premier League, only Bruno Fernandes (3.0) and Jack Grealish (3.2) produce more key passes.

Timothy Castagne and Harvey Barnes will have to work hard down Leicester's left flank if they are to keep James quiet.

Notably, Chelsea boast a perfect winning record against teams who have mirrored them with a three-man defence and wing-backs, with the Blues conceding no goals.

Every dropped point or goal conceded has come against teams who started with a back four: Manchester City, Liverpool, Southampton and Burnley.

Given Leicester have switched between three-man and four-man defences this season, Rodgers has some thinking to do.

But whatever formation he uses, he must figure out a way to contain the most productive full-back pairing in the Premier League.