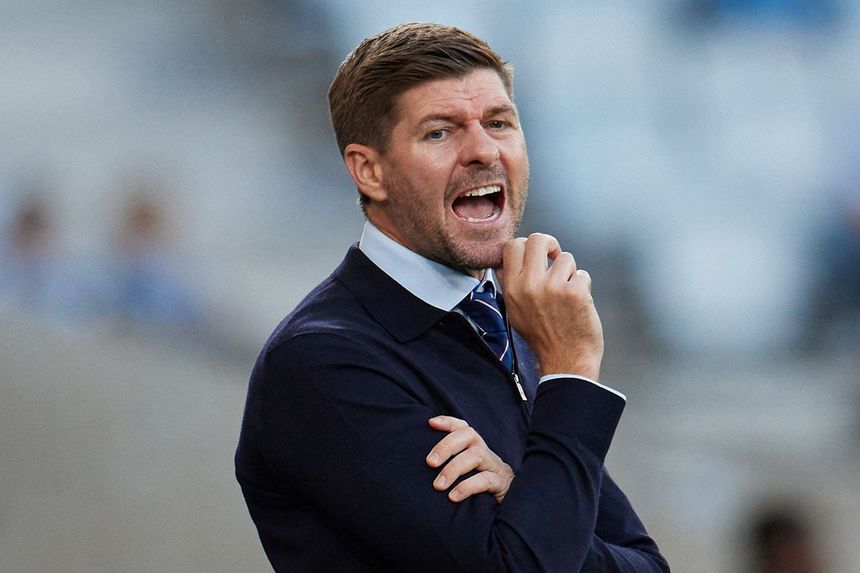 Villa announce Steven Gerrard as Head Coach External Link
Cash and Targett can thrive in FPL under Gerrard
James: Gerrard is such an adaptable coach

Adrian Clarke analyses the tactical impact of new managers/head coaches ahead of Gameweek 12.

Gerrard is a demanding, well-organised head coach who looks ready to take on the challenge of reviving Aston Villa's fortunes.

Over the course of three-and-a-half successful years he made an outstanding difference for Rangers, transforming them into a title-winning team who were unbeaten last season.

Gerrard places a great deal of importance on retaining a solid shape out of possession. At Ibrox, he usually favoured a 4-3-3 system using two attacking midfield playmakers behind the main striker.

Off the ball that front three would stay narrow when they pressed, blocking passes into central midfield and forcing opponents wide.

Behind them Gerrard insisted on high levels of work-rate and aggression, with his wider central midfielders shuffling across to block off the passing lanes.

Defending from front to back with discipline, Rangers' defensive record improved significantly under his charge.

In the early stages of this campaign, Rangers have not defended as well, but the overall pattern of improvement is undeniable.

Aided by staff, in particular the specialist coach Tom Culshaw, Rangers were consistently dangerous from set-play situations under Gerrard.

They frequently came up with inventive routines, and hours dedicated to practice on the training ground resulted in more goals scored from dead-balls than any other side during Gerrard's time in Scotland.

Villa have scored only twice from set-pieces this season, so look out for progress being made in this department in the coming months.

It is hard to clearly define Gerrard's coaching philosophy because Rangers were always going to be a possession-based side in the Scottish Premiership.

What we do know, though, is that his team were not as attack-minded as Ange Postecoglou's Celtic this season, nor did they attempt to make as many short passes.

In this season's UEFA Europa League, Rangers have averaged 50.6 per cent possession, which is a fair gauge of the balanced approach Gerrard likes to take.

He will encourage Villa to play at a high tempo, and when they push forward they will do so at pace.

This will not be new to Villa as they have the fastest "direct speed" rating of all 20 Premier League clubs, moving the ball forward at 2.05 metres/second.

That metric is way clear of the next-closest team, Wolverhampton Wanderers on 1.69 metres/second.

Gerrard's narrow 4-3-3 requires intelligent movement for it to function correctly, with full-backs and attacking midfielders performing crucial roles in the final third.

He will ask Matty Cash and Matt Targett to fly forward on overlaps around a pair of narrow wide attackers, with central midfielders joining in around those half-space pockets, too.

They will form triangles and rotate positions to create overloads.

On the back of his tremendous success in Scotland, Gerrard has taken on a job that will test his coaching abilities in different ways.

Don't expect to see a dramatic tactical shift away from Dean Smith's 4-3-3 shape, but in the short term at least, Villa are likely to perform at a faster tempo and with greater discipline.

Part 2: Howe to bring a fresh attacking style to Newcastle
Part 3: Expect Conte to adapt in search of Spurs revival