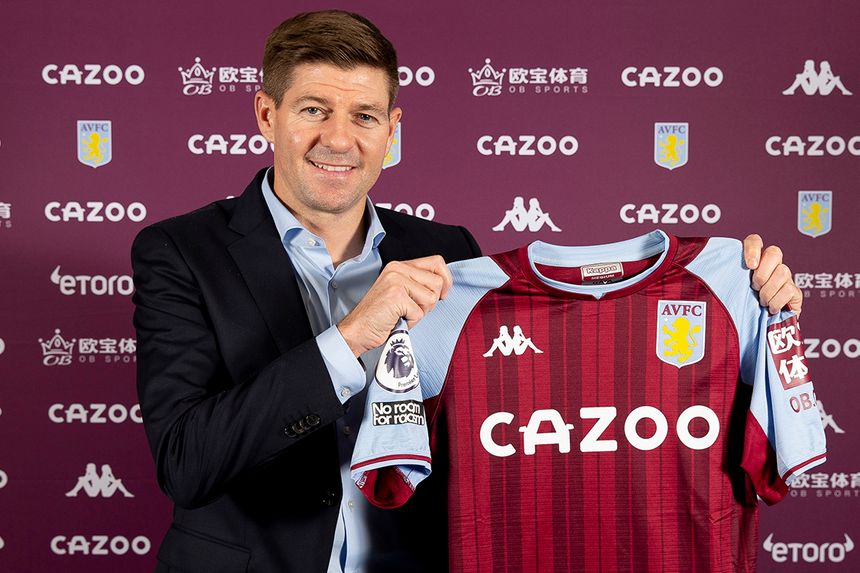 Aston Villa have confirmed the appointment of Steven Gerrard as their new head coach.

Gerrard takes over from Dean Smith, who was relieved of his duties at the weekend after Villa suffered a fifth straight Premier League defeat, a 1-0 loss at Southampton.

The former midfielder is back in the Premier League having been inducted into the Hall of Fame this year thanks to his 120 goals and 92 assists in 504 top-flight appearances for Liverpool.

He joins Villa from Rangers after spending the last three years with the Scottish club, ending their 10-year wait for a top-flight title last season as his team went the entire campaign unbeaten.

“Aston Villa is a club with a rich history and tradition in English football and I am immensely proud to become its new Head Coach," Gerrard told the club's official website.

Gerrard's last Premier League appearance came in May 2015, when he played the final match of his distinguished 17-year professional career at Anfield.

He came through the Reds' Academy and is only one of three players to make 500+ appearances in the competition for one club.

He won the UEFA Champions League, two FA Cups and three EFL Cups during his time at Liverpool, as well as earning 114 caps for England.

The 41-year-old's first match in charge of Villa is at home to Brighton & Hove Albion on Saturday.

Liverpool fans do not have long to see him back at Anfield, where he takes his new team on Saturday 11 December.