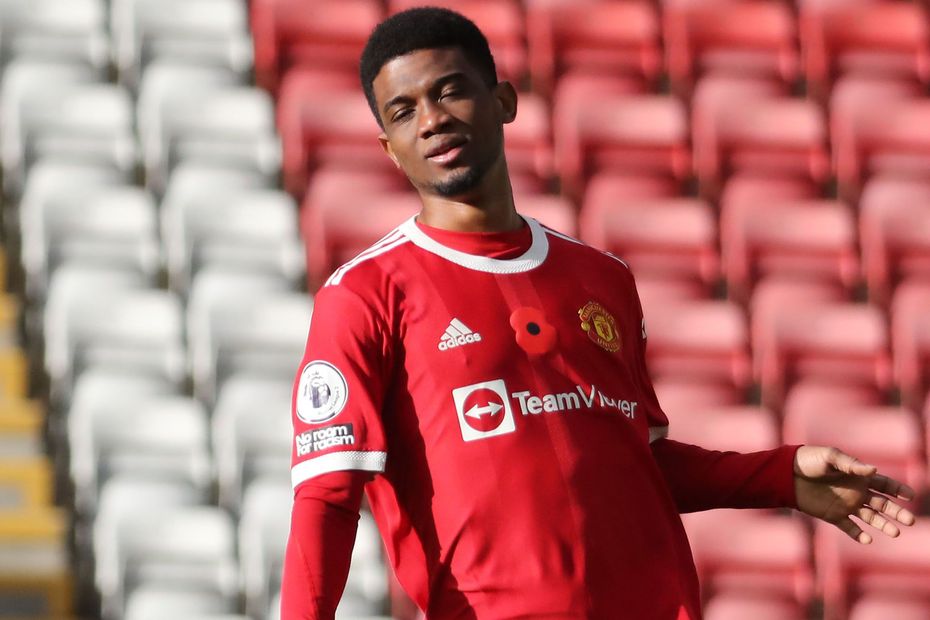 A moment of individual brilliance from Amad Diallo gave Manchester United a late 3-2 win over Leeds United, as we look at the best highlights from the latest round of Premier League 2 matches.

The Ivorian, who had given Man Utd an early lead, flicked the ball past defender Leo Fuhr Hjelde three times before scoring with a low shot to give his side a first PL2 Division 1 victory in three matches.

Our U23s secured a late victory over Leeds in #PL2 on Saturday, with @AmadDiallo_19 hitting a brace 🎯#MUFC | #MUAcademy

Arsenal pulled off an incredible comeback against Leicester City, battling back from three goals down in stoppage time to draw 3-3, and doing so with 10 men.

After making all three of their substitutions, the Gunners lost goalkeeper Karl Hein to injury, leaving them a man down, with an outfield player in goal and losing 3-0 as they reached the 90-minute mark.

However, quickfire goals from Tim Akinola and Omari Hutchinson gave them some hope, and in the seventh minute of added time Folarin Balogun produced a clever turn and volley to complete a remarkable fightback.

The moment we completed our comeback from 3-0 down...@Balogun deep into stoppage time! 🔥 pic.twitter.com/NZAvJFLHRz

What a strike from Jack Spong! 🤩🎥

In Division 2, West Bromwich Albion's patient build-up play was finished off with a header from Kenneth Zohore in a 1-1 draw at Wolverhampton Wanderers.

An impressive team move finished off by Ken Zohore 🎯

Our #PL2 side came from behind to draw at Wolves on Friday night. Check out the action.