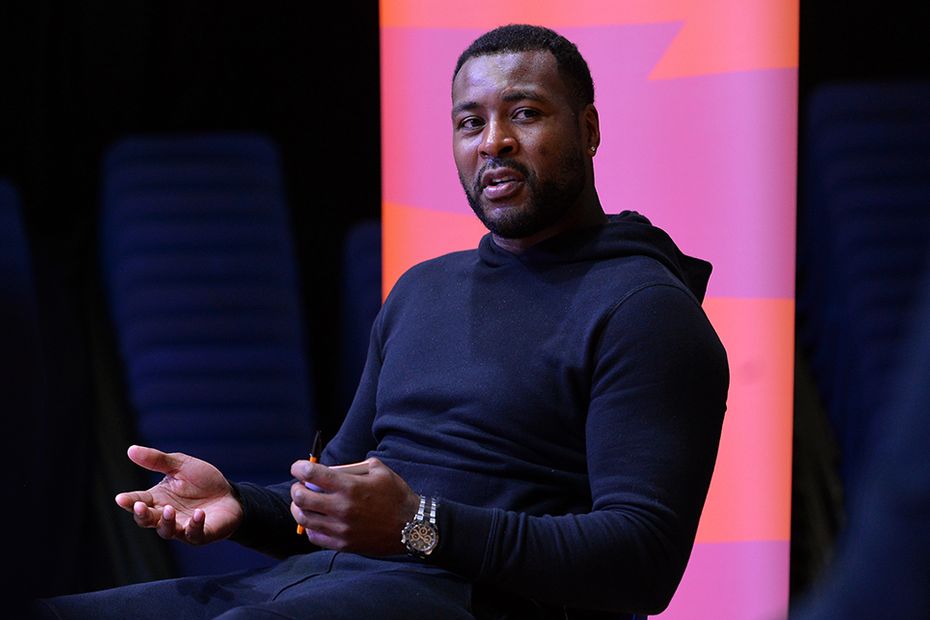 Former Leicester City captain Wes Morgan says people standing up and challenging discrimination has played an important role in the fight for equality.

Morgan passed on the story of his career and experiences of dealing with racism as he answered questions from young people at Thomas Estley Community College as part of a Black History Month event organised by Leicester City in the Community (LCitC).

"Things have changed," Morgan said. "In my early career, if you did experience any type of racism, the idea was mainly to ignore it and let your feet do the talking.

"We have come a long way, we don't have to accept it, we can highlight any type of racist abuse. It's great to improve things on and off the field in terms of racism.

"The kids had some challenging but very important questions to do with racism, equality and diversity so it was good for me to give them an insight into what I am involved in and my experiences."

The Thomas Estley students who questioned Morgan were part of the Premier League Inspires programme, which is run in partnership with the Professional Footballers' Association and supports 11-25 year olds who are at risk of not reaching their potential - helping them as they move through the education system and early adulthood.

"It's a hard topic and it's about creating a safe space for them to be able to have that conversation knowing that there's no judgement but really reiterating we're all here to learn."

Morgan overcame numerous challenges on his fairytale journey from being released as a teenager and playing non-league football to lifting the Premier League Trophy in 2016.

As well as having an inspirational career on the pitch, he has worked hard off it to challenge racism and discrimination.

For the last two years, Morgan has been part of the Premier League's Black Participants Advisory Group, which aims to ensure the views of Black, Asian and Mixed Heritage players and coaches are heard.

"They are not just barriers of race and it's really important that they understand the importance of kindness as well as diversity, but also perseverance and belief that things will work out in a positive way."