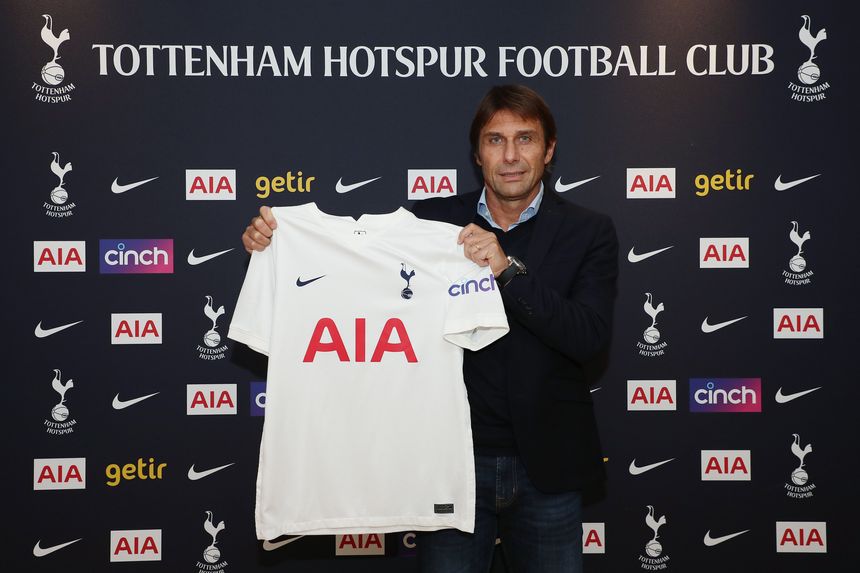 Antonio Conte has returned to the Premier League after being named the new head coach at Tottenham Hotspur.

The 52-year-old Italian, who was most recently in charge of Inter Milan, has signed a deal with Spurs until the summer of 2023, with the option to extend.

"I am extremely happy to return to coaching and to do so at a Premier League club that has the ambition to be a protagonist again," Conte told the club's official website.

"Tottenham Hotspur has state-of-the-art facilities and one of the best stadiums in the world.

"I can't wait to start working to convey to the team and the fans the passion, mentality and determination that have always distinguished me, as a player and as a coach."

Conte managed Chelsea for two seasons, winning the 2016/17 Premier League title in his debut campaign and lifting the FA Cup in 2018, after previously being in charge of Italy's national team.

In total he managed 76 PL matches, winning 51 and claimed the Manager of the Month award three times.

He won the Serie A title with Inter Milan last season, lifting the trophy for a fourth time after guiding Juventus to three consecutive league crowns between 2011 and 2014.

Conte also enjoyed an illustrious playing career, the majority of which was spent at Juventus. He also won 20 caps for Italy.

His first match as head coach will be on Sunday when Spurs face Everton at Goodison Park.