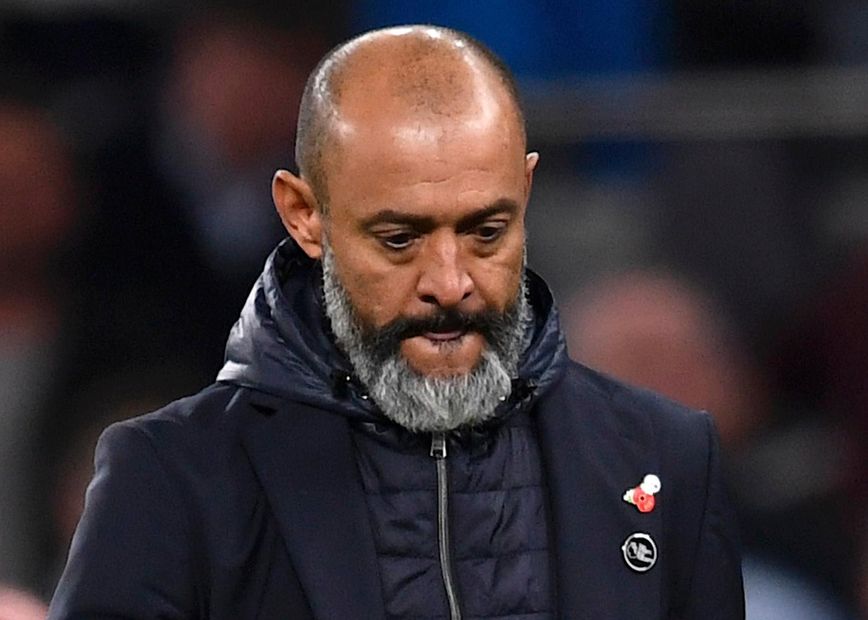 The announcement came after the 3-0 home defeat by Manchester United had left Spurs in eighth position.

Fabio Paratici, the club's managing director, told Spurs' official website: "I know how much Nuno and his coaching staff wanted to succeed and I regret that we have had to take this decision.

“Nuno is a true gentleman and will always be welcome here. We should like to thank him and his coaching staff and wish them well for the future.”

Nuno, 47, was appointed over the summer and got off to a great start, winning his first three Premier League matches to claim the Barclays Manager of the Month for August.

But Spurs have since lost five of their last seven matches, including London derby defeats to Crystal Palace, Chelsea, Arsenal and West Ham United.

Coaches Ian Cathro, Rui Barbosa and Antonio Dias have also been relieved of their duties, with Spurs saying a further announcement will be made in due course.

Spurs are next in Premier League action on 7 November when they travel to Everton.