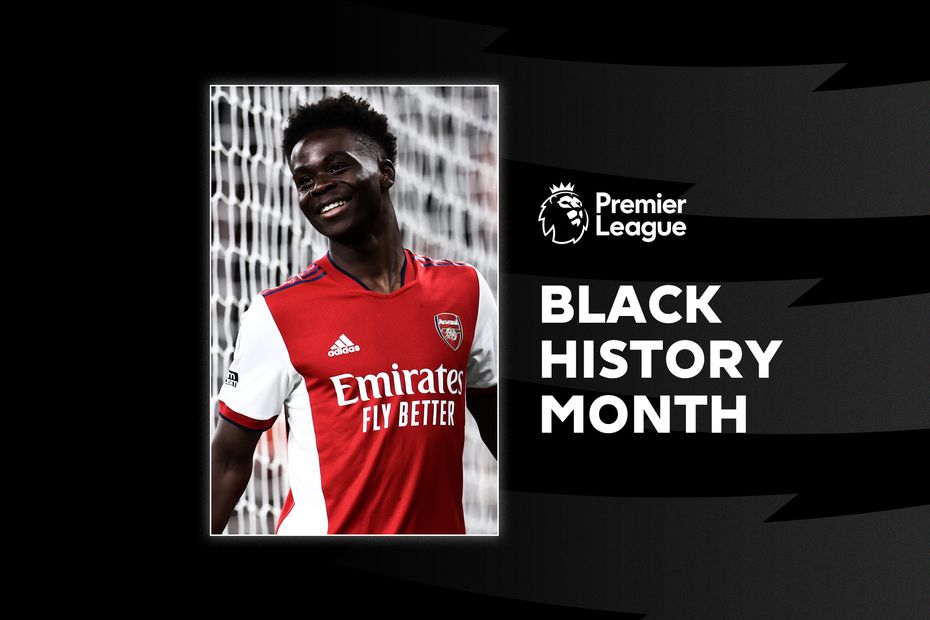 The Arsenal midfielder enjoyed a meteoric rise in the months prior to the 2021/22 season.

Having become the second-youngest player to reach 50 Premier League appearances for the Gunners, he was named in the England squad for UEFA Euro 2020 at the age of just 19.

In the build-up to the tournament, Saka scored his first international goal and he went on to play a key role during the competition.

Against Denmark Saka became the youngest England player to start a match at the semi-final stage or later at a major tournament, and he forced an own goal in a memorable 2-1 victory.

In the final against Italy, Saka, Marcus Rashford and Jadon Sancho missed their penalties in a heartbreaking shootout defeat, but worse was to follow as the three suffered racial abuse on social media afterwards.

However, the response that followed this horrific treatment showed how the wider football community can look beyond rivalries to unite against discrimination.

Not only did Arsenal fans show their support for the player who had come up through the Academy, but fans from all over the country and beyond lifted Saka with messages of hope that he humbly received.

Nowhere was this more evident than at Tottenham Hotspur Stadium in Saka's first appearance after the final, a pre-season friendly.

The Tottenham Hotspur fans applauded him on to the pitch when he came off the bench in the second half, after displaying a banner in support of him.

Rivalries aside. What a moment this was this afternoon.

After such support, Saka has gone on from strength to strength on the pitch.

He provided two assists and scored once to help Arsenal recover from a poor start in the Premier League and went on to finish the season with 11 goals and seven assists from 38 appearances.

Saka also scored three times for England as they qualified for the 2022 FIFA World Cup.