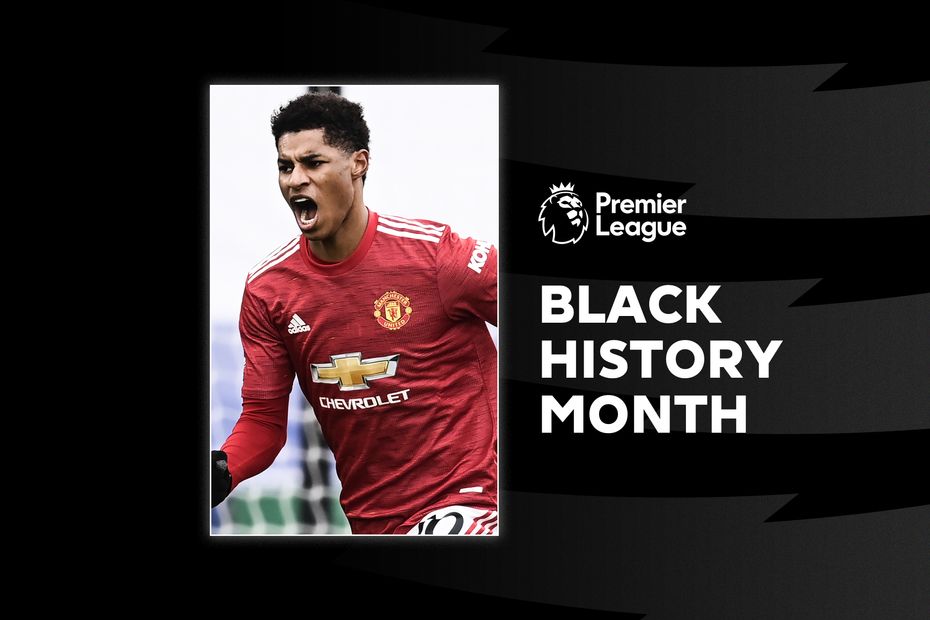 Rashford is not a man to sit on his laurels, whether it be scoring goals for Manchester United or leading the fight against child poverty.

A graduate of Man Utd's academy, Rashford's pace, skill and finishing prowess has brought him success for both club and country.

A significant milestone came on Boxing Day 2020 when the forward scored the opener in a 2-2 draw at Leicester City for his 50th Premier League goal.

Latching on to Bruno Fernandes's through pass, Rashford swept the ball past Kasper Schmeichel, bringing up his half-century in his 156th league appearance for United, 114 of which were starts.

At 23 years and 56 days, he became the third-youngest player to reach the landmark for United in the Premier League era, behind all-time leading goalscorer Wayne Rooney (22 years, 157 days) and Cristiano Ronaldo (22 years, 341 days).

He also became the seventh-youngest player in the competition's history to hit 50 goals.

Those achievements came as no surprise given the way Rashford had started his career, exploding onto the scene as an 18-year-old.

In his first appearance for Man Utd in February 2016 he netted twice against Midtjylland in a UEFA Europa League tie, and three days later he also scored twice on his Premier League debut against Arsenal.

He followed that up the next month with a winner in the Manchester derby at the Etihad Stadium.

Despite all that he has already achieved, former head coach Ole Gunnar Solskjaer believes Rashford can get even better.

"Marcus has had an unbelievable start to his career," Solskjaer told the official club website. "Hopefully we can sit in 10 years' time and talk about him in the same vein almost like Cristiano and talk almost about how he's had a career just like him."

Influence off the field

Rashford's contribution as a player - 62 Premier League goals and 34 assists in 210 appearances - is matched by his efforts off it, using his platform to speak for those less fortunate.

Among his many charitable projects, he set up the "In the Box" campaign to give homeless people essential items over the 2019 Christmas period.

Then, in 2020, he teamed up with the poverty food waste charity FareShare to provide over four million free meals for children nationally.

Given an MBE in October 2020, Rashford has continued to be a trailblazer for positive change, co-writing an inspiring children's book and most recently launching a weekly series of recipes and online video lessons and recipe cards in supermarkets, schools and food banks to provide cheap and simple cooking ideas.