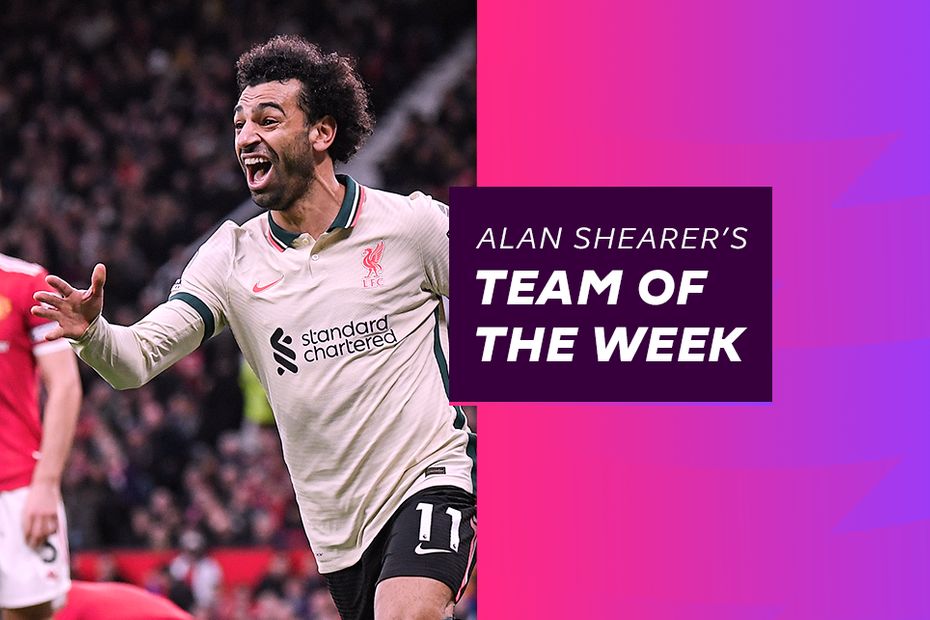 Mohamed Salah continued his sensational start to the 2021/22 season with a magnificent hat-trick in Liverpool's 5-0 triumph at Manchester United on Sunday, and Alan Shearer says defences don't know how to handle him.

The Egyptian took his Premier League tally to 10 goals this season and 107 in his career, making him the outright highest-scoring African in the competition's history. He also provided an assist for Naby Keita's opening goal.

It was no surprise that Shearer picked him in his Matchweek 9 Team of the Week, with the League's Hall of Fame inductee and record goalscorer saying Salah is the best player in the world at the moment.

Reece James (CHE)
"What a day for Chelsea’s Academy. James scored with a sublime dink over goalkeeper Tim Krul and didn’t give the Norwich City attack a look-in during the 7-0 victory."

Kurt Zouma (WHU)
"Zouma is loving life at London Stadium and he has really added steel to the West Ham backline. Another fine display and a clean sheet."

Ben Chilwell (CHE)
"Who needs Romelu Lukaku when you’ve got Chilwell? The left-back can’t stop scoring! He was solid defensively with another clean sheet too."

Naby Keita (LIV)
"Keita’s best display in a Liverpool shirt, with a goal, an assist and dominance against Man Utd’s midfield. It’s looking like a breakthrough season for him."

Mateo Kovacic (CHE)
"The Croat bossed the midfield and his two assists were reward for a passing masterclass."

Mohamed Salah (LIV)
"The best player on the planet right now. Nobody can live with Liverpool’s Egyptian king right now. A dazzling hat-trick in a Man-of-the-Match performance."

Mason Mount (CHE)
"A first hat-trick for one of Chelsea’s own and it was thoroughly deserved. He also produced a brilliant assist for James."

Phil Foden (MCI)
"Foden is fast-becoming the first name on Manchester City’s team sheet, and that takes some doing. Two goals and an assist in a 4-1 triumph, Brighton & Hove Albion couldn’t handle him."

Joshua King (WAT)
"King stunned his old club with a hat-trick at Everton to inspire a much-needed 5-2 win for Claudio Ranieri’s Watford. Some great finishes too."

Manager: Jurgen Klopp (LIV)
"There was only one choice for the Manager of the Week. The German’s Liverpool team were in devastating form for a famous win against their rivals."