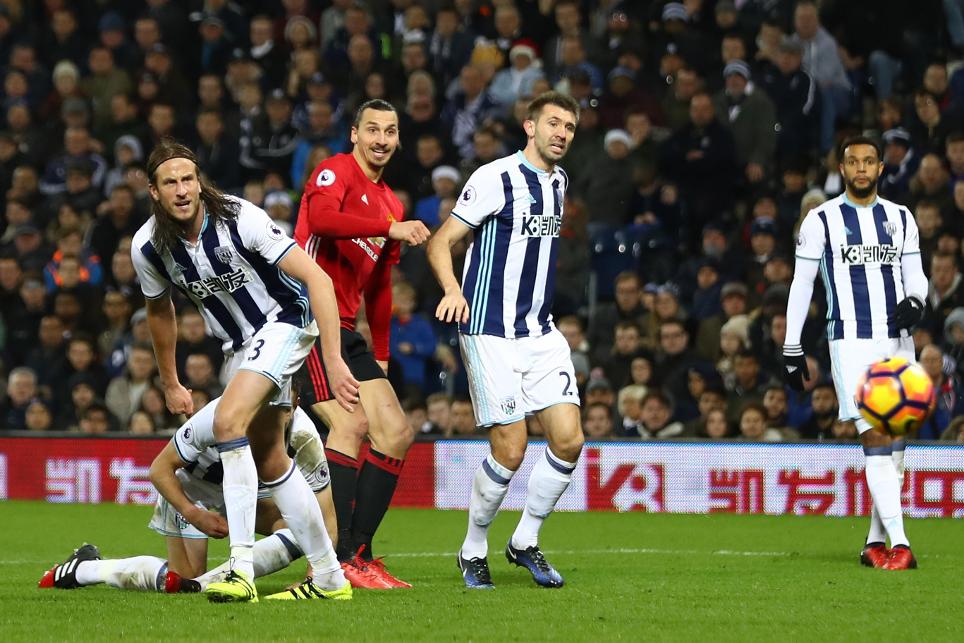 Zlatan Ibrahimovic continued his fine form with two goals for Manchester United that were enough to beat West Bromwich Albion.

United took a fifth-minute lead at The Hawthorns as Jesse Lingard’s first-time cross was headed in by Ibrahimovic.

Wayne Rooney almost doubled the score but his fierce shot was tipped on to the bar by Ben Foster, while Salomon Rondon’s first-half header went narrowly wide for West Brom.

Ibrahimovic produced his 11th Premier League goal of the season when he received Rooney’s pass, turned and saw his deflected shot go in.

The win, United’s third in a row, put them seven points above their opponents, and level with Tottenham Hotspur, who play Burnley on Sunday.