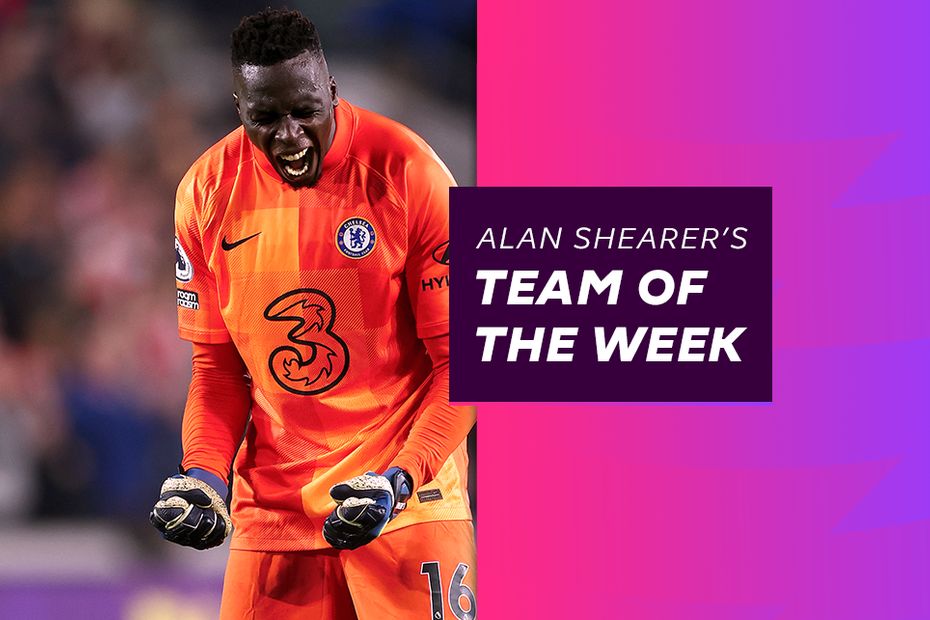 Mendy reveals the key to his world-class performance External Link
On this day - 24 Sep 2020: Mendy moves to Chelsea
Budweiser Kings of the Match: Matchweek 8

Ben Chilwell may have scored the winning goal but Edouard Mendy was the decisive figure who kept Chelsea at the top of the Premier League over the weekend, according to Alan Shearer.

With the Blues leading 1-0 at Brentford on Saturday, the hosts laid siege to Mendy's goal in search of an equaliser, registering seven shots on target in total compared with Chelsea's one. Yet they were denied time and again by the phenomenal Senegal international.

Mendy's performance has earned him the No 1 spot in the Team of the Week chosen by Premier League all-time top scorer and Hall of Fame inductee Shearer.

Who impressed you most? pic.twitter.com/ehdikTkfk8

Edouard Mendy (CHE)
Mendy won his team the three points at Brentford, pulling off a string of superb saves to keep a clean sheet in the 1-0 victory.

Tino Livramento (SOU)
Livramento continues to look very comfortable at this level. He provided a threat going forward and was solid defensively in the 1-0 win over Leeds United.

Angelo Ogbonna (WHU)
A strong performance from the centre-back, who made some vital blocks and scored the winner in another 1-0 victory as West Ham United beat Everton at Goodison Park.

Dan Burn (BHA)
Burn has taken very well to his role in Brighton & Hove Albion's back three. He made some crucial last-ditch tackles in the goalless draw with Norwich City.

Sergio Reguilon (TOT)
Not only did he play well in the 3-2 win at Newcastle United but his quick actions probably saved someone's life when they were taken ill in the crowd.

James Milner (LIV)
There is still life in the old pro yet! He used all of his experience to control the midfield, and he came up with a great assist for Roberto Firmino in the 5-0 win at Watford.

Declan Rice (WHU)
He dominated the midfield with his array of fine passing and timely interceptions.

Youri Tielemans (LEI)
He crowned an eye-catching performance with a wonderful goal in the 4-2 success over Manchester United.

Mohamed Salah (LIV)
Simply the best in the world at the minute after yet another outstanding goal and another sublime assist.

Roberto Firmino (LIV)
The Brazilian was back to his best with a superb hat-trick.

Harry Kane (TOT)
The Tottenham Hotspur striker produced an excellent display and is off and running with a goal and an assist.

Manager: Jurgen Klopp (LIV)
Klopp’s team looked comfortable in everything they did. Firmino repaid his manager’s faith with three goals and Salah was simply unplayable.