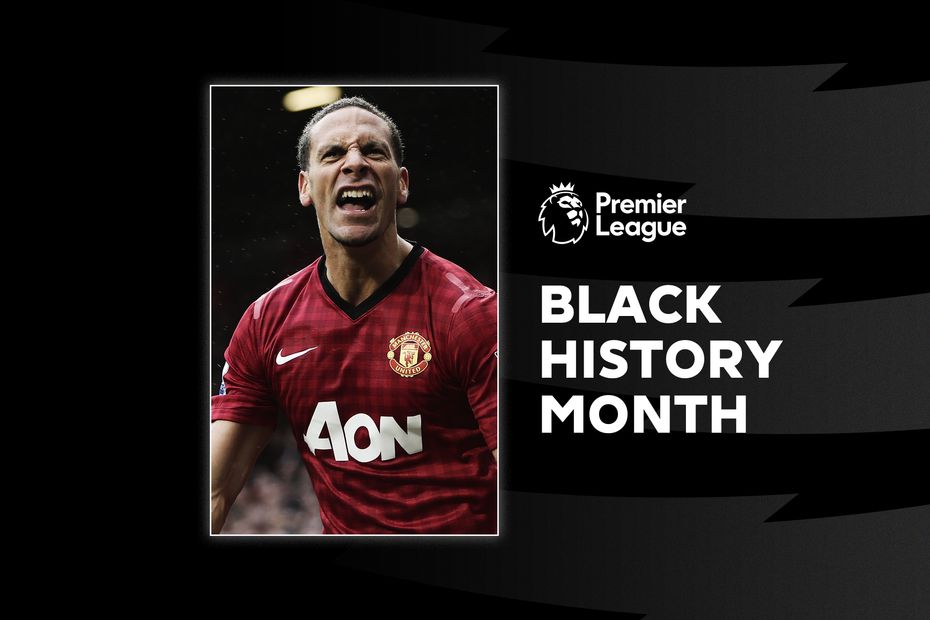 Black History Month: Celebrating the PL history makers
Wright: Progress being made on tackling racism
'Draw Together Challenge helped us talk about diversity'

An agonising five-year wait for a Premier League goal finally came to an end when Rio Ferdinand lashed home the winner for Manchester United against Swansea City in May 2013.

The outpouring of relief and sheer emotion from the defender, whose last goal had been against Newcastle United in January 2008, was shared by an ecstatic Old Trafford crowd.

With the match heading towards a draw, Golden Boot winner Robin van Persie picked out centre-half Ferdinand, who had stolen in unmarked at the back post and he rifled home past Gerhard Tremmel to raise the roof.

It was the seventh and final goal Ferdinand would score for Man Utd and the perfect way to celebrate his sixth title success in 12 years at the club.

Ferdinand arrived at Old Trafford in the summer of 2002 via West Ham United, a loan spell at AFC Bournemouth and Leeds United, the former with whom he was with when called up to England's UEFA Euro 1996 squad aged only 17.

Described by many, including former manager Harry Redknapp and Liverpool's England striker Michael Owen as a "Rolls-Royce" of a defender, Ferdinand possessed the ability to carry the ball out of defence, pass with both feet and had outstanding technical ability.

He blossomed under Ferguson's guidance at Old Trafford and he went on to form an exceptional centre-back partnership with Nemanja Vidic.

After United won the Premier League and UEFA Champions League in 2008, Ferguson said of Ferdinand: "His maturity and leadership have been key factors in the team's success.

"He is someone that young players learn from and that more experienced players respect. I have not seen a better defensive pairing than him and Nemanja for a long time."

When Ferdinand left United after 305 top-flight appearances, he had one year at Queens Park Rangers before announcing his retirement from football in May 2015.

His total of 504 Premier League appearances is second only among defenders to the 508 of Jamie Carragher in the competition's history.

In that time, Ferdinand collected 189 clean sheets. Only four players in Premier League history have more.

Since his retirement, Ferdinand has developed a successful career as a TV pundit. He is a passionate advocate of providing opportunities for young people and in 2012 set up the Rio Ferdinand Foundation, supporting and empowering youngsters to tackle inequality and achieve their potential.