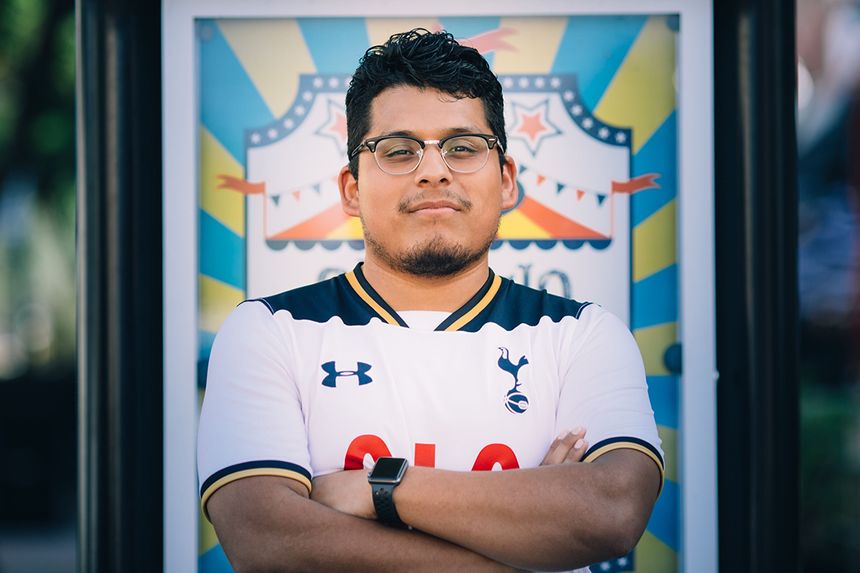 Meet Jose from McKinney in Texas, who is proud of his Mexican heritage and loves both his club Tottenham Hotspur and sharing that bond with his two sons.

“I take pride in being Mexican-American, especially with the history of Mexican players in the Premier League like Chicharito and recently Raul Jimenez.

"I love seeing my fellow Mexicans overseas and performing at the top level. It fills me with so much pride and joy.

"I mean, that's the beautiful thing about soccer. You don't need to speak the same language to be able to communicate on the field; it’s how you play with your feet.

"I became a Tottenham Hotspur fan after the 2010 FIFA World Cup in South Africa. My dad's from Mexico and my favorite player was Giovani dos Santos. He was in the Tottenham Hotspur squad, and he's what really drew me to Spurs.

"I’d seen and supported him as he played for the Mexican National Team, and decided I wanted to follow him to the club level, too.

"Week in and week out, I’d tune into games in hopes of seeing him play. He never really got onto the pitch with Spurs, but in that time, I fell in love with the rest of the team.

"I take such pride in being a Mexican Spurs fan, because I haven’t really come across too many others. I’ve now begun to share that pride with my kids.

"I teach them the chants. My oldest son knows, 'The Spurs Are Marching In', so before every game he’s singing it with me. My younger son is catching on, too.

"My dream is to be able to take my kids to watch a Spurs game. I think that could really steer them. You hear so many stories about how someone goes to a game for the first time and they just fall in love. I want to be able to give that to my kids.”