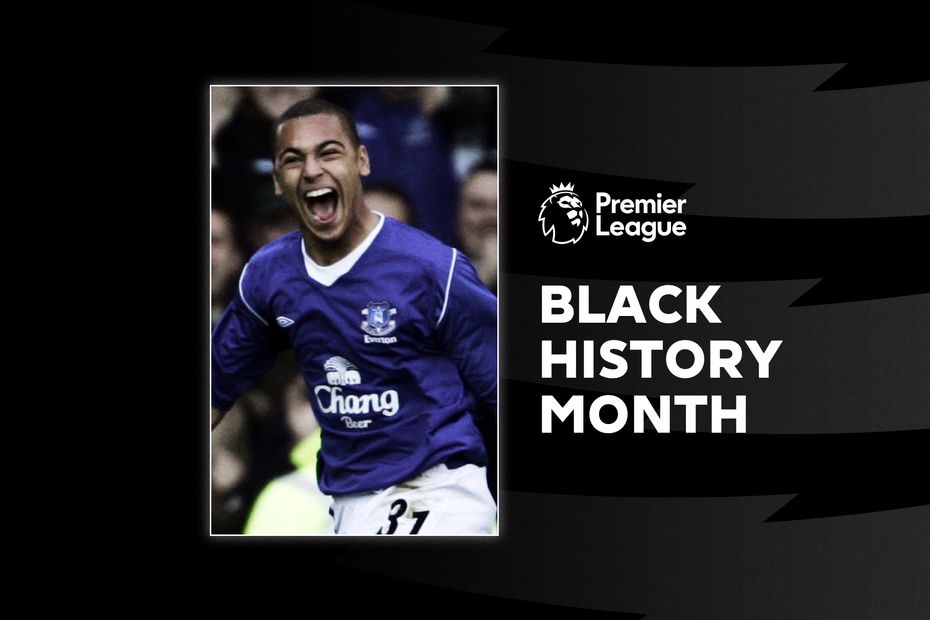 Vaughan: 'I knew there was a pathway at Everton... that gave me so much belief' External Link
Black History Month: Celebrating the PL history makers

James Vaughan: ‘My only regret is I didn’t stay at Palace’ External Link

The fact a Premier League record set by James Vaughan more than 16 years ago still stands today is a testament to the feat he achieved on 10 April 2005.

After the emergence of Wayne Rooney and Danny Cadamarteri from a young age at Everton, Vaughan knew he had a chance to succeed at Goodison Park.

So, after a number of goals for what was then known as their reserve team, he was among the substitutes for the home match against Crystal Palace at only 16 years and 270 days of age.

Introduced after 74 minutes, the striker made history after finishing from Kevin Kilbane's cross to become the youngest scorer in Premier League history.

"At the time I don’t think I realised the magnitude of what I had achieved," he later told Everton's official website. "But when I look back now, it is something I can always be proud of."

Birmingham-born Vaughan had been at Everton since he was nine and after the high of the goal against Palace, there came the low of injuries that hindered his attempts to establish himself at Goodison Park.

Loan spells at Derby County, Leicester City and Palace followed before he moved permanently to Norwich City in 2011.

He also had spells at Huddersfield Town, Birmingham City, Bury, Sunderland, Wigan Athletic, Portsmouth, Bradford City and Tranmere Rovers before announcing his retirement from professional football in May of this year.

But the time at Everton had a big impact on Vaughan.

"Everton bred into you the importance of conducting yourself well away from the pitch," he said. "That was no less a priority than performing on the pitch."