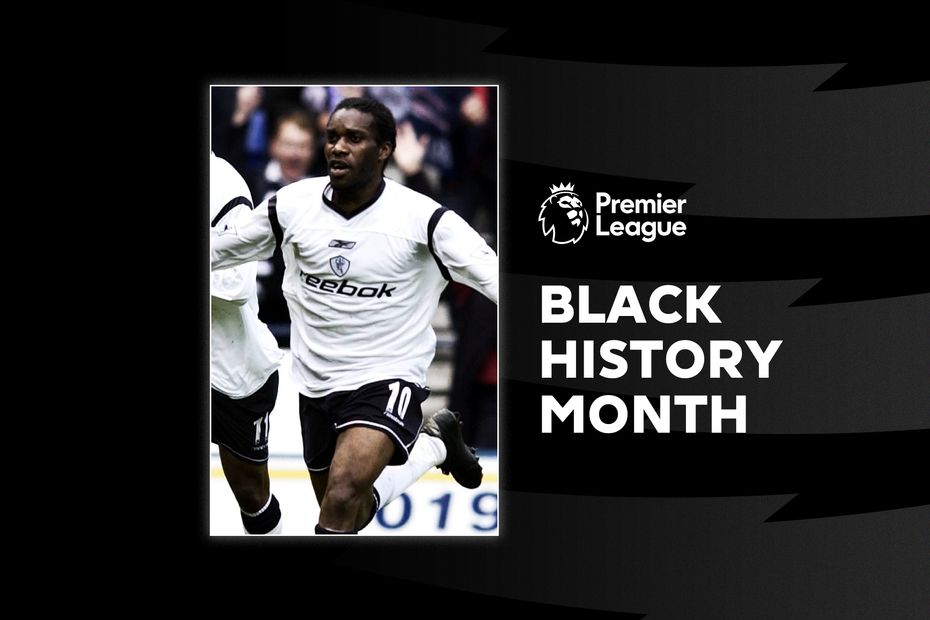 Say the name "Jay Jay Okocha" and fans will recall his outrageous individual skills that bamboozled opponents and delighted those watching.

But, apart from Bolton Wanderers fans, many will not be aware of his determination that proved crucial for the Trotters in 2002/03.

"Jay Jay has a great pedigree," said Sam Allardyce when he signed Okocha for Bolton shortly after the midfielder had starred for Nigeria in the 2002 FIFA World Cup.

"He has flair, ability and huge experience. Our ambition is to bring the best quality players we can to show we are trying to progress in the right way."

Okocha had steered Nigeria to African Cup of Nations and Olympic glory in 1994 and 1996 respectively.

But he struggled to adapt to life in Lancashire. He was substituted at half-time on his Premier League debut, a 4-1 defeat at Fulham, and injury affected his first few weeks at Bolton.

It would have ordinarily sapped the confidence of most players, but Okocha was anything but ordinary.

Bolton spent much of the season in the middle of a relegation scrap despite a squad of experienced internationals that also included Ivan Campo, Henrik Pedersen, Bruno N'Gotty and Youri Djorkaeff.

But Okocha's influence grew on the pitch and in the dressing room, where his multilingual talents helped forge a strong team spirit.

In a mid-April showdown against fellow strugglers West Ham United, Okocha produced one of his greatest, and possibly most important goals for Bolton to secure a 1-0 win in front of an ecstatic Reebok Stadium.

A run of four wins and three draws in eight matches, which included an Okocha goal in a victory at Sunderland as well as the winner against Tottenham Hotspur, set up Bolton for a must-win final-day match at home to Middlesbrough.

Who else but Okocha would conjure a moment of magic to score the decisive goal in a 2-1 win and secure Bolton's top-flight status for the following season?

It was his seventh goal of the season and made up half of his total from 124 appearances for the Trotters, as well as producing 11 assists before he left in 2006.

After a year in Qatar, Okocha returned to England to help Hull City win promotion to the top flight in 2008, after which he announced his retirement.

In retirement he has launched the Jay-Jay Okocha Foundation, which uses football to raise awareness on the strategic importance of education, peace and unity for the economic growth of Nigeria.

And he maintains a keen interest in Premier League football as his nephew Alex Iwobi plays for Everton.