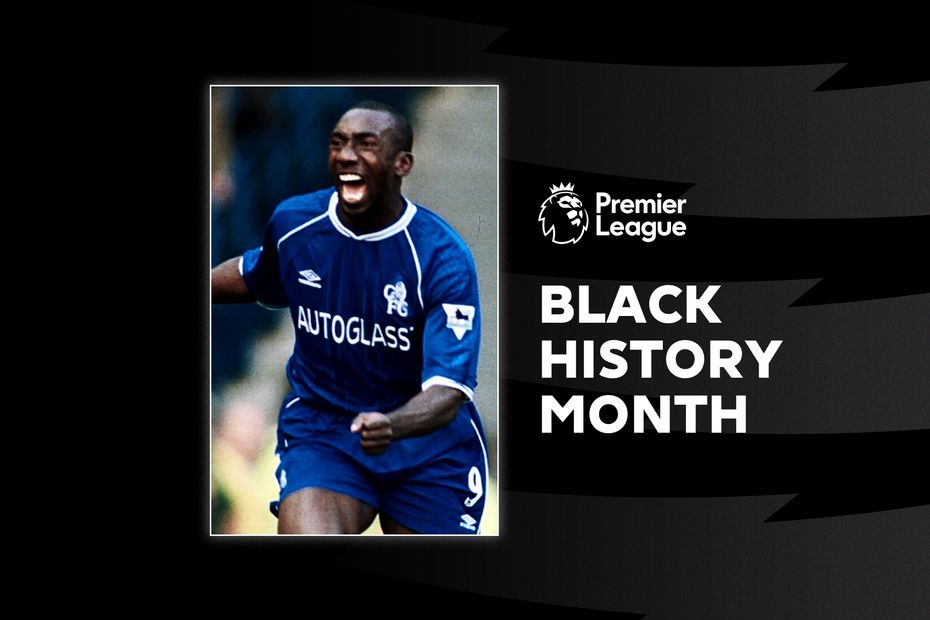 Perhaps playing in goal as a child gave Jimmy Floyd Hasselbaink the insight into how to beat them so successfully as a striker.

The Dutchman, born in Suriname, moved to the Premier League in 1997, signing for Leeds United after a successful spell in Portugal. Despite some early struggles at Elland Road, he found his range at the turn of the year.

His 18 goals in 1998/99 earned him a share of the Golden Boot, along with Michael Owen and Dwight Yorke. Hasselbaink and Yorke were the first overseas players to claim the prize.

Returning to England in May 2000 with Chelsea, after a prolific season at Atletico Madrid, Hasselbaink picked up where he left off, this time determined to prove he had no equal as a goalscorer.

This he achieved easily. In a 6-1 victory over Coventry City, he became only the second Chelsea player after Gianluca Vialli to score four times in a Premier League fixture.

Seven goals in his final eight matches took him to 23 for the season, four more than Ipswich Town's Marcus Stewart.

The next campaign, Hasselbaink equalled his 2000/01 total, but missed out on successive Golden Boots by one goal to Thierry Henry.

Hasselbaink left Chelsea in 2004 to join Middlesbrough, for whom he was top-scorer in his first season and helped to the UEFA Europa League final in 2006.

He also spent a season each at Charlton Athletic and Cardiff City before retiring.

After a spell coaching Royal Antwerp, Hasselbaink has gone on to become one of the few Black managers in the English professional game, taking charge at Burton Albion, where he is now at the helm for a second time, Queens Park Rangers and Northampton Town.