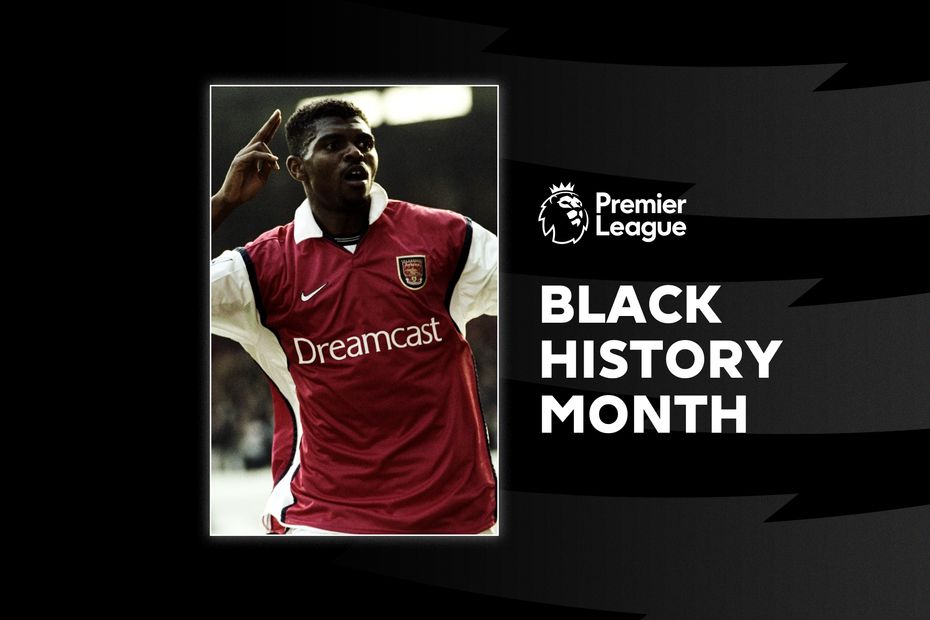 Overcoming adversity was nothing new to Nwankwo Kanu.

The Nigerian forward had battled successfully against a congenital heart condition that was discovered when he was about to join Inter Milan from Ajax and had threatened his playing career.

His career progressed as he moved to the Premier League champions Arsenal in February 1999.

So, when, in October that year, Arsenal were 2-0 down at Chelsea with 15 minutes to play, it mattered little to Kanu, who wrote himself in the folklore of famous Premier League comebacks.

Chelsea had yet to concede a home league goal that season, until Kanu poked the ball in to give Arsenal hope on 75 minutes. Eight minutes later, his superb turn and shot on the sodden pitch levelled the contest.

But Kanu was not finished. In the final minute, amid the puddles on the byline, the 6ft 6in forward danced beyond an out-of-position Ed de Goey before firing in from an acute angle past two desperate defenders for an improbable winner.

It was one of 12 goals Kanu scored that campaign, as Arsenal were edged to the title by Manchester United. But it helped him to claim a second African Player of the Year title.

With the emergence of Thierry Henry, Kanu's appearances became less frequent and, after playing a part in Arsenal's "Invincibles" of 2003/04, Kanu joined West Bromwich Albion that summer.

A spell followed at Portsmouth, for whom he scored the 2008 FA Cup final winner, before he retired from professional football in 2012.

Kanu now dedicates his time as a UNICEF Goodwill Ambassador and owner of Kanu Sports TV.

He set up the Kanu Heart Foundation in 2000, helping children and young adults living with different heart conditions in Nigeria and African countries obtain the surgery they require.