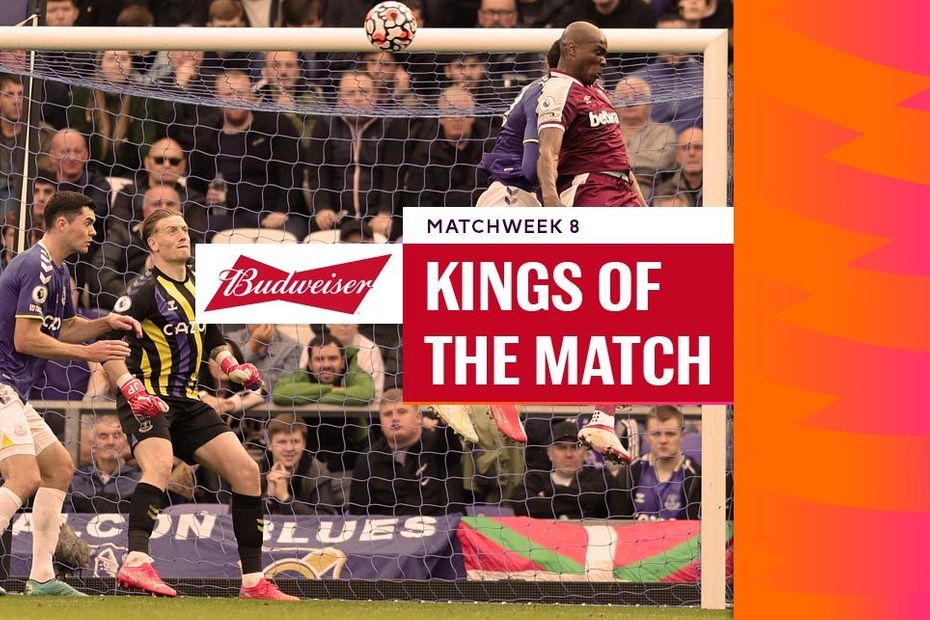 After the final whistles in Matchweek 8, thousands of fans across the world voted to crown their Budweiser Kings of the Match via the official Premier League website and app.

Mohamed Salah
Another wonderful display from the Egyptian, who created Liverpool's opener at Watford before scoring yet another excellent solo goal, earned him nearly two-thirds of the vote.

Romain Saiss
It was the Moroccan who started the Wolverhampton Wanderers comeback as his team won a five-goal thriller at Villa Park.

Jamie Vardy
Despite wonder strikes by Mason Greenwood and Youri Tielemans, the Leicester City forward surpassed them both with 46.6 per cent of the vote for his magnificent goal.

Bernardo Silva
The Portuguese midfielder scored the opener against Burnley to earn almost half the public vote.

Robert Sanchez
The Spanish goalkeeper made two key saves to keep his fourth clean sheet of the season for Brighton & Hove Albion.

Tino Livramento
A clean sheet in Southampton's first win of the season helped the teenage right-back claim 53.3 per cent of the fans' backing.

Edouard Mendy
Six saves, some spectacular, helped the goalkeeper earn Chelsea a hard-fought victory and won him an overwhelming 80.4 per cent of votes.

Angelo Ogbonna
The Italian crowned a solid defensive display and a clean sheet with the winner at Goodison Park.

Son Heung-min
The South Korean produced a composed finish for his fourth goal in seven Premier League appearances this season to finish with 45.4 per cent of the vote, beating team-mate Harry Kane.

Pierre-Emerick Aubameyang
His third goal of the season opened the scoring at Emirates Stadium, with the striker earning 33.5 per cent of the vote.