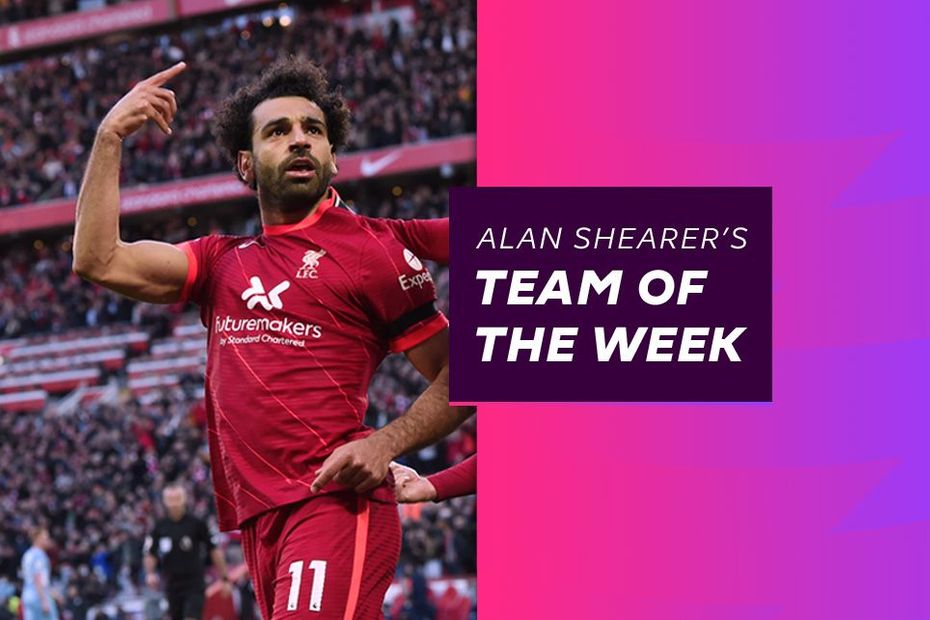 It takes something special to breach a Manchester City defence that had conceded just once in their opening six matches, but Mohamed Salah showed his brilliance to do so twice on Sunday.

The Liverpool star ran from his own half and freed Sadio Mane for the Reds' opener, before dribbling through City's rearguard to score an incredible solo goal of his own.

Salah's display enthralled Alan Shearer, the Premier League's record goalscorer and Hall of Fame inductee, who has named the Egyptian in his Team of the Week.

What do you make of @alanshearer's Team of the Week? 👕 pic.twitter.com/czG9RxGdxW

Tim Krul (NOR)
Turf Moor is never an easy place for a visiting goalkeeper, but Krul dealt well with the aerial threat in the Norwich City's goalless draw with Burnley, dominating his box.

Cesar Azpilicueta (CHE)
The Spaniard delivered a superb first-time volleyed cross for Timo Werner to score, which proved decisive in Chelsea's 3-1 victory over Southampton, and he also hit the post.

Diego Llorente (LEE)
The centre-back played his part in a clean sheet at one end and scored the winner at the other in the 1-0 victory over Watford.

Grant Hanley (NOR)
The Norwich captain led by example to help his side to a much-needed first shutout and point of the season.

Marc Cucurella (BHA)
He looks tailor-made to be a wing-back for Graham Potter. He is defensively solid and very comfortable on the ball too, as he showed in the 0-0 draw with Arsenal.

Abdoulaye Doucoure (EVE)
Rafael Benitez has given him more freedom and he is thriving. The Frenchman's bursting run to set up the equaliser in Everton's 1-1 draw at Manchester United is typical of his displays this season.

Bernardo Silva (MCI)
Man City should have been two or three goals up at half-time in the 2-2 draw at Liverpool, and Bernardo was at the heart of many of their best attacks.

Phil Foden (MCI)
He was a constant threat on the left side, scoring and then also pulling the ball back for City’s second goal.

Mohamed Salah (LIV)
He came up with a world-class moment in a magnificent match, scoring one of the best goals of the Premier League era. His assist for Mane was outstanding too.

Hwang Hee-chan (WOL)
Wolverhampton Wanderers were creating chances but not finishing them in the early weeks. Hwang proved he can be a key man with his two excellent strikes in the 2-1 win over Newcastle United.

Son Heung-min (TOT)
Son was the difference in Spurs' 2-1 victory over Aston Villa, with his involvement in both goals underlining his impact. When he plays like that, not many defenders can live with him.

Head coach: Thomas Tuchel (CHE)
His decision to introduce Ross Barkley was inspired, as the substitute played a big role in Chelsea’s second goal, which turned the match. That’s why the German is one of the best.