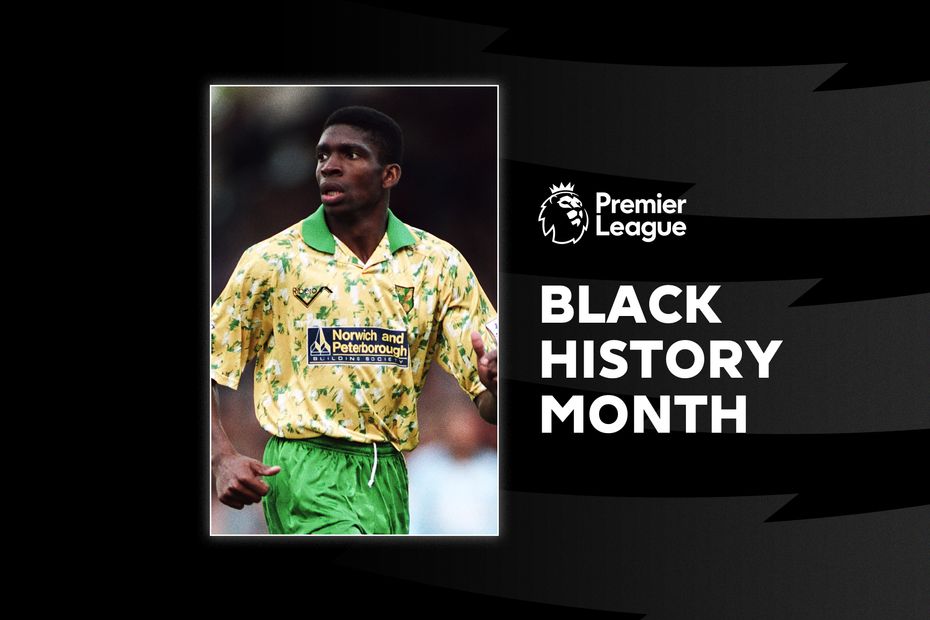 Until 25 September 1993, 17 players had scored a hat-trick in the Premier League. But Efan Ekoku was the first to go one better.

After seeing his Norwich City side go behind to Everton at Goodison Park, Ekoku struck a 44th-minute equaliser and went on to score a further three times in the space of just 13 second-half minutes, leading the Canaries to a famous 5-1 win.

Ekoku had joined Norwich six months earlier after a career in non-league before signing for AFC Bournemouth, then in the third tier of English football.

Ten days before the Everton match, the Manchester-born player of Nigerian descent had already made his mark in Norwich folklore by scoring the club’s first-ever European goal, against Vitesse Arnhem in the UEFA Cup.

It was part of a magical 12 months for Ekoku as he helped Nigeria to triumph in the 1994 African Cup of Nations before they reached the last 16 of the 1994 FIFA World Cup.

But things soon changed and Ekoku was sold to Wimbledon in October of that year.

Overall, he registered 52 Premier League goals, while also providing 10 assists across his 160 appearances in the competition.

After retiring in 2004, Ekoku earned his FA and coaching badges and became a pundit. Premier League fans continue to hear from Ekoku as a regular analyst for Premier League Productions.

Scoring four goals in a Premier League match has happened on a further 36 occasions, but Ekoku will always have the honour of being the first in the competition.