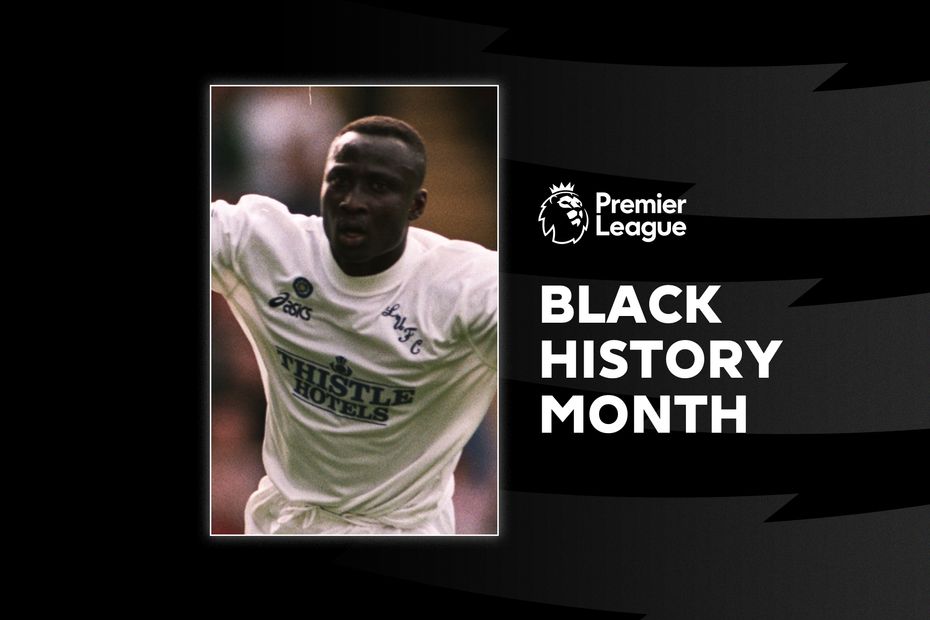 Before he moved to the Premier League in 1995, Tony Yeboah had already been a pioneer for African footballers.

Yeboah had left his native Ghana for Germany in 1988 to become one of the first Black players to feature in the Bundesliga.

After starring for Stuttgart, he was signed by Leeds United in January 1995, and became the first African to win the Premier League Player of the Month award, in March 1995.

But it was in the next season when he set the competition alight.

In the second match of the campaign, Leeds welcomed Yeboah's favourite club, Liverpool, to Elland Road.

Inspired by playing against his hero, John Barnes, he struck a thunderous volley from distance that went in off the bar.

It was the start of a purple patch for the striker, including three hat-tricks, with two coming in the Premier League against Ipswich Town and Wimbledon.

It was against Wimbledon that he netted a similar spectacular strike, that again went in via the crossbar and won him consecutive Goal of the Month awards in the BBC Match of the Day highlights programme.

Yeboah was a trailblazer for a long line of African striking legends who have graced the Premier League.

He left Elland Road to return to Germany in September 1997, spending four seasons with Hamburg, but remains a cult hero in West Yorkshire for his spectacular strikes.