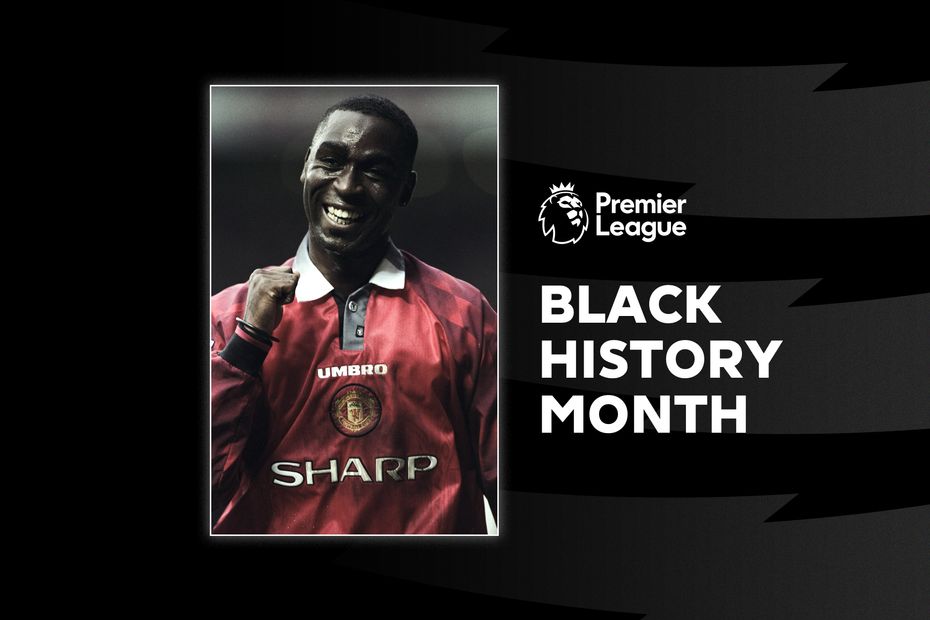 Black History Month: Celebrating the PL history makers
Inside Matters: Cole - Speaking up has helped my struggle
Classic match: Cole at the double for Newcastle

When discussion turns to the greatest Premier League strikers, Andrew Cole is a name that is never far away from the conversation.

Starting his career at Arsenal, Cole made his name at Newcastle United and then Manchester United where he became one of the competition's most prolific forwards.

In his debut season at Newcastle the Nottingham-born player scored 34 goals to earn the 1993/94 Golden Boot.

To this day that tally remains the highest for a 42-match Premier League campaign.

None of Cole's goals that season were scored via the penalty spot, making it a record for non-penalty goals in a Premier League campaign.

His goalscoring ability earned him a controversial move to Man Utd in January 1995 - a sale that enraged Newcastle fans and which forced manager Kevin Keegan to explain the decision to hordes of dissatisfied supporters on the steps of St James' Park.

Cole went on to make history only two months later, becoming the first player to score five times in a Premier League match when his new club claimed a 9-0 victory over Ipswich Town.

Cole played an integral role in the treble-winning season of 1998/99, as his partnership with Dwight Yorke helped Man Utd to dominate domestically and in Europe.

His goal against Tottenham Hotspur on the final day of that season helped Sir Alex Ferguson's side regain the title, as he netted 24 times in all competitions.

In the years that followed, he would also go on to feature for Fulham, Manchester City, Portsmouth and Sunderland, before announcing his retirement in 2008.

In 2015, Cole was told he had kidney disease, a diagnosis he revealed turned his life on its head.

His life was saved when his nephew, Alexander Palmer, donated a kidney for a transplant in April 2017.

Cole later spoke about the impact of the disease on "Inside Matters", a series of interviews with stars about the mental challenges they have faced.

"The past five years have possibly been the toughest five years of my life," he said. "To go down with kidney failure and try to understand how an individual being so fit for the majority of his life can go down with such a disease."

And to help others who are living with kidney disease, he has set up the Andy Cole Fund for Kidney Research UK.