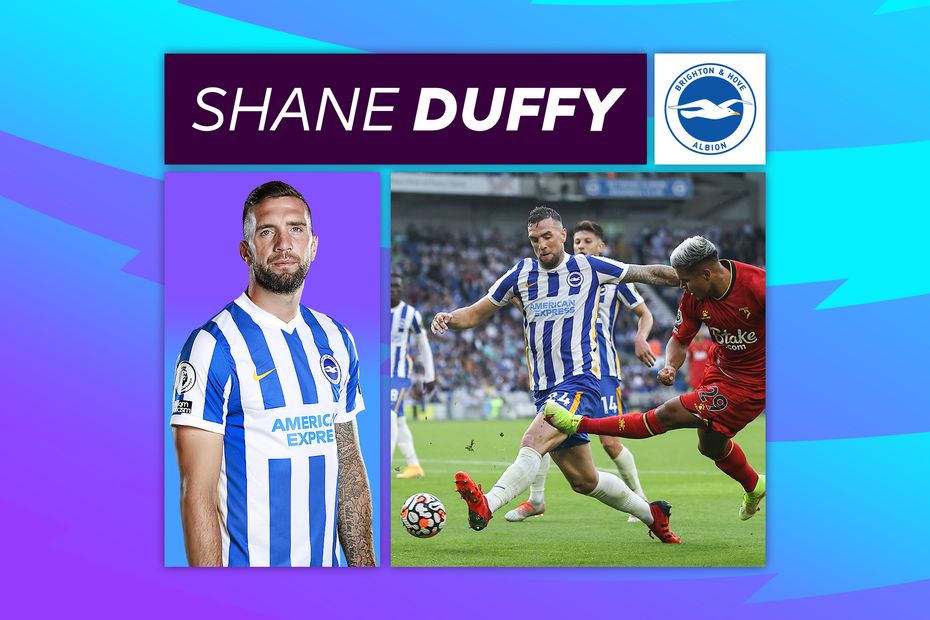 The way Duffy has revitalised his Brighton & Hove Albion career is one of the surprising feel-good stories of the season so far.

The 29-year-old centre-back was loaned out to Celtic last term after falling out of favour with head coach Graham Potter, and his spell in Scotland was largely disappointing.

But, unperturbed, the Irishman has returned to Amex Stadium with renewed determination and has been a shining light for the high-flying Seagulls, who have won four of their opening five matches and can go top if they beat Crystal Palace on Monday.

With his leadership skills and fortitude, Duffy will be a key man upon whom Potter relies at fierce rivals Palace.

He has successfully filled the void left by Ben White’s departure to Arsenal and reminded everyone what a dominant centre-back he can be.

As Brighton average 56 per cent possession, Duffy has not had to deal with long spells of concerted pressure in the heart of the Seagulls' back three or four.

Nevertheless, as the table above shows, his defensive stats after five matches are the best of any Premier League defender in several key categories.

Performing with renewed belief, the Republic of Ireland international looks fully capable of handling the threat from Palace's Christian Benteke or Odsonne Edouard.

During the 2019/20 campaign it is believed that Potter wanted to see more composure from Duffy on the ball.

Compared to others, the experienced defender fell short of the standards his head coach had set for quality distribution.

But, after working on this aspect of his game, Duffy has returned from Scottish football a far better ball-playing centre-back.

Demanding the ball from team-mates and moving it with outstanding accuracy, he is now someone Potter trusts to start attacks.

The way he has evolved his game must have impressed his head coach.

Duffy's aerial prowess is also useful from an attacking point of view.

No Premier League defender had more goal attempts from inside the box in the first five Matchweeks, and he has already had 10 shots from close range this term.

Shots in the box by defenders

Duffy now faces a Palace side who have conceded a league-leading four goals from set-pieces, so he will fancy his chances of scoring his second goal of the season.

He is firing on all cylinders at both ends of the field and enjoying his best ever start to a Premier League campaign.