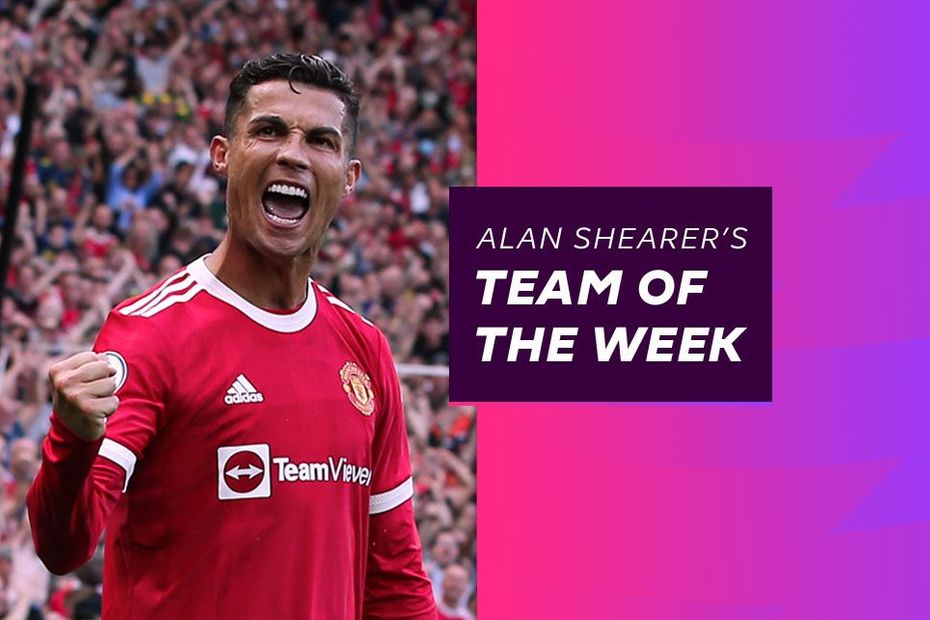 Alan Shearer says Cristiano Ronaldo's goalscoring return to Manchester United was nothing more than he and many others expected.

The Portuguese star netted twice on his second debut to help United earn a 4-1 win over Newcastle United.

"Did you expect anything else?!" Shearer, the Premier League's all-time top goalscorer and Hall of Fame inductee, said as he revealed his Matchweek 4 Team of the Week.

👀 @alanshearer's Team of the Week for Matchweek 4

Who would make your team? 🤔 pic.twitter.com/czSkeWba9h

Chelsea's No 1 made a string of excellent saves against Aston Villa to keep his third clean sheet in four matches.

Liverpool's right-back created the opening goal and did not put a foot wrong all match.

Much like Guehi, he impressed in defence to help keep Spurs at bay.

A brilliant display. Produced an assist for the equaliser and then netted a stunning strike from distance.

His incredible pass created Romelu Lukaku's first goal, before he added a second with a clever finish.

A wonderful array of passing throughout and he teed up Sadio Mane to score the final goal.

The Portuguese was a shining light for Manchester City and was alert when he needed to be to score the winner.

Did you expect anything else?! Two goals and too good! What a return to Old Trafford for the superstar!

Gave Emerson Royal a torrid afternoon, before scoring a penalty and creating the second.

His side put three past a Spurs team who who had not conceded a goal prior to this match. A great first win in charge.