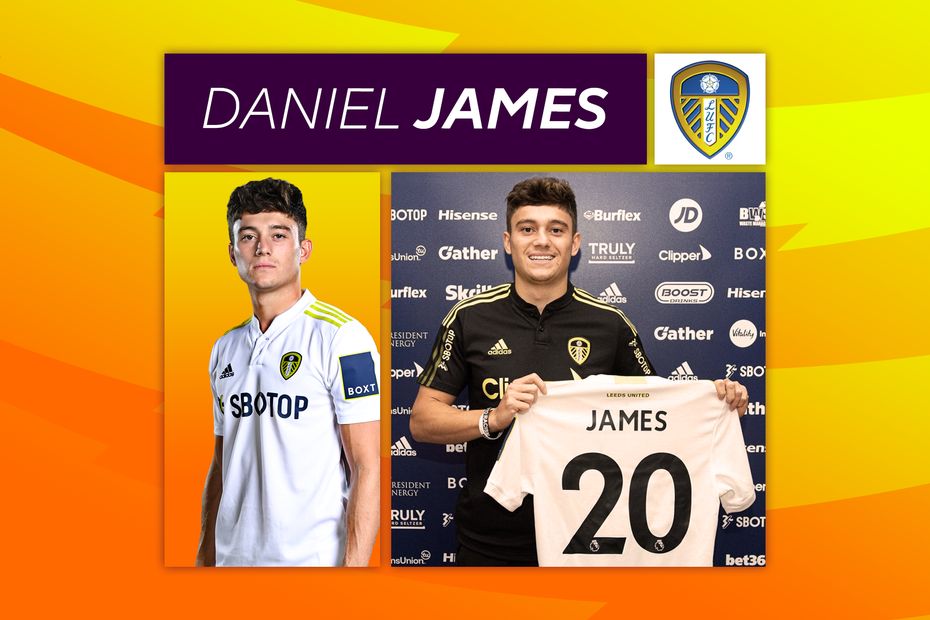 The Wales winger has the raw ingredients to shine brightly for Leeds United following his move from Manchester United.

While it may take time for James to adjust to Marcelo Bielsa's unique physical and tactical demands, he is well-suited to the Whites' preferred style of play and can help them get back to their best.

Across their opening three matches this season Leeds have not broken forward with quite the same levels of intensity we witnessed for much of 2020/21.

Their numbers have dipped, as the table below shows. But James' arrival is sure to provide an uplift in this respect.

James has blistering speed, which means he is sure to be an asset when Leeds launch fast transitions and breakaways.

The 23-year-old is happy to travel quickly with the ball at his feet or make off-the-ball runs in behind defenders, and he will be encouraged to use those key traits by Bielsa.

Based on last season's top speeds the Welshman is the second-fastest player at his new club.

Within the coming months I would anticipate James getting even quicker as he builds up the incredible fitness levels demanded by his new head coach.

Based on what we have seen of him at Swansea City and Man Utd, James is a committed player.

While he recently confessed that he had begun to "play it safe" at Old Trafford, he has always been prepared to test his markers with a run.

Indeed, of all the Premier League players who featured as often or more than James in 2020/21, only Sheffield United's Oliver Burke produced more sprints per 90 minutes.

Making 29.2 sprints over the course of each full match he was an energetic presence.

His new team-mate Raphinha was ranked third in the above category, so when those two combine at Elland Road they will be a serious handful.

Bielsa started with a 3-3-3-1 formation last time out at Burnley, and within that shape there is a real prospect that James, Raphinha and Jack Harrison could all feature in the same starting XI.

This exciting trio could even start together behind Patrick Bamford in Sunday's home meeting with Liverpool.

In that set-up Raphinha would slide infield to a central berth, which I believe would suit him long term as he enjoys roaming around in the opposition half.

If Bielsa opts for a 4-1-4-1 instead, James may find himself on the bench. But he could still have a big impact.

While many Leeds fans would love to see James, Raphinha and Harrison in the same side this season, competition for places between those three wingers will bring about a healthy rivalry.

And having one of those game-changing talents as an option to bring on in the second half of matches will be a welcome tactical bonus for Bielsa.