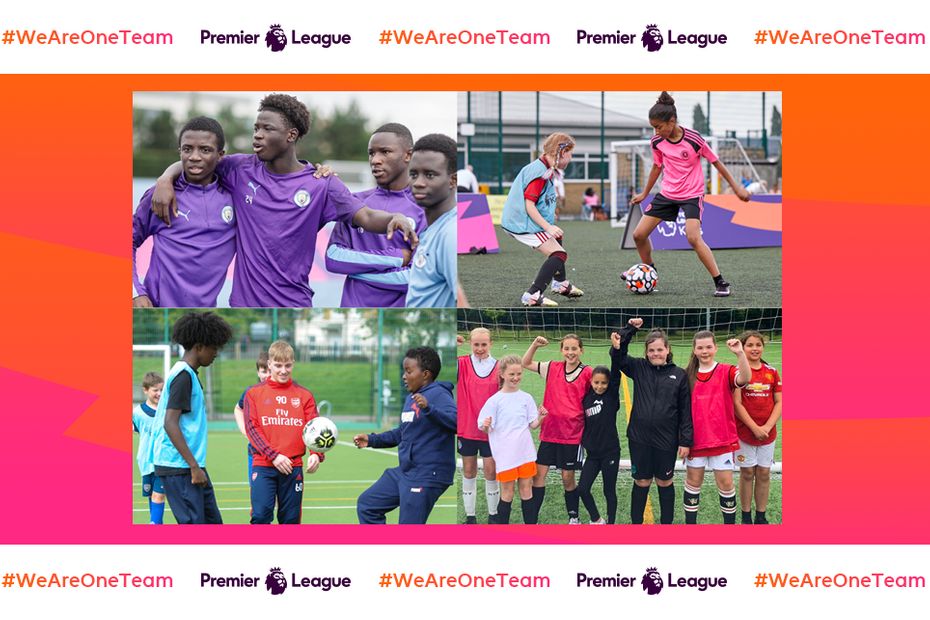 Find out how 15,000 young people have been helped by 71 clubs during the school holidays

During the school summer holidays, almost 15,000 young people have been kept active and engaged by more than 70 clubs in England and Wales as part of the Premier League Summer Sessions.

The activities provided the length and breadth of the country, all free of charge, ranged from football training, to helping primary schoolchildren transition to secondary schools, to workshops on how to tackle racism and the dangers of gang culture.

One of those taking part in the PL Summer Sessions run by the 71 clubs was Shalom, from Manchester.

"The sessions help with my fitness," she said of the sessions run by City in the Community, the charitable arm of Manchester City. "So I am not always at home, like during the summer holidays.

"It's very welcoming and friendly."

We thought we'd just let 6-year-old tell you exactly how good it is!🤣 pic.twitter.com/072iwgje8X

Clubs like Aston Villa delivered workshops and events based around the Premier League's No Room For Racism, social-action projects, how to deal with peer pressure, while Charlton Athletic put on a London scavenger hunt for participants.

Today was the last day of our successful @PLCommunities #PLKicks @camden @GLL_UK summer holiday programme. We were joined by some of our PL Kicks Young Leaders who ran a tournament and a 'No Room for Racism' workshop. 👍🏻👌🏻👊🏻 pic.twitter.com/1xvyaleUao

All the programmes were designed to use the power of the football and the football club to inspire young people at a time of the year when they may struggle for structure in their lives.

👋 Our last #PLKicks breakfast club session at Whiston Town Hall for the summer.

We've had a blast engaging in various sports, workshops and social action!

Thank you Whiston Council for the certificates recognising the hard work of our young people. 😄 pic.twitter.com/QxqZUCbt7e

We have been at Woodchurch High School delivering our Summer Camp, as part of our #PLKicks Inclusion programme ⚽

There's never a dull moment when @MightyRed_LFC is in the house 😅

Thank you for having us... we loved every second of it! 🙌#LFCFoundation pic.twitter.com/FGYtMRywe4

Our Kicks participants at Florence Sports Court were treated to a special visit on Monday from MP Jack Brereton & local councillor Faisal Hussain!

It was great for the young people to meet these role models who make a positive difference to our City!👏🏻@PLCommunities #PLKicks pic.twitter.com/9K9dct5A4q

"I wanted to see the fantastic work that's being done here, getting more people involved in sport," Brereton said.

Other examples of what clubs did in their Summer Sessions are that Burnley worked with local young people at risk of exclusion from their schools.

Through our #PLSummerSessions, we're continuing to support young people during the summer break🤝

Today, #PLInspires held a Transition Day for pupils making the move to @CardiffWestCHS next month to provide an insight into secondary school life...#OurClubChangesLives💙

We have had a great couple of weeks delivering the Changemakers programme as part of #PLInspires in east London.

Young people have been learning about leadership through sport as well as doing speeches on issues including Climate Change. Well done! @PLCommunities pic.twitter.com/qP3T9cWDZD

Wigan Athletic targeted young people in the area eligible for free school meals and provided them with arts and music sessions.

🗣️ 'We work really well together and this is one of the major partnerships between the two organisations.'

Chief Executive of @WiganCouncil, @AlisonMc_F, highlighted the importance of our summer camps during the holidays after visiting one last week! 👇#HAF2021 | #wafc 🔵⚪️

Summer fun is in full swing at our holiday clubs! ☀️⚽️

Over 500 young people joined our #SummerSessions last week where they have access to fun and educational activities during the school holidays 😀🙌#SummerHolidays #MUFC pic.twitter.com/Kl76ng1JYZ

The children who participated are now returning to schools across England and Wales, but that does not mark the end of the clubs' engagement with them.