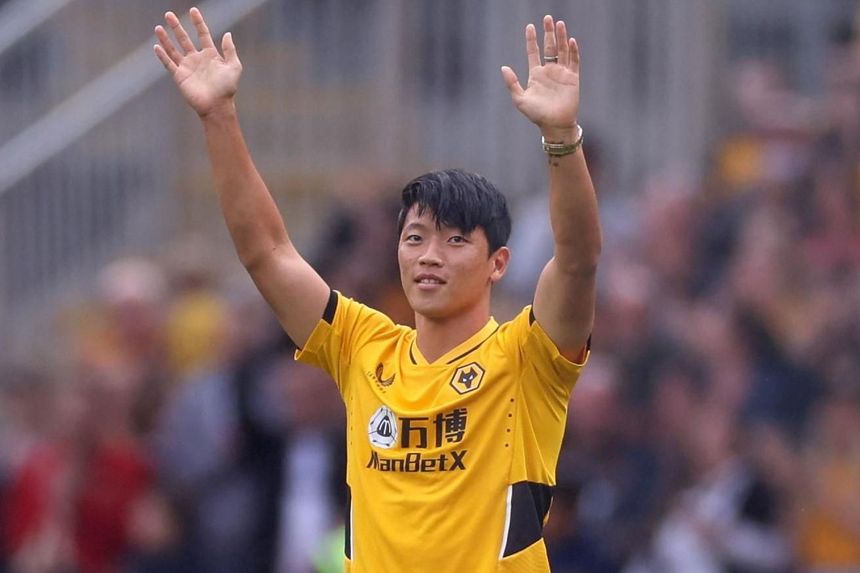 The South Korean forward helped Leipzig to a second-place finish in last season's Bundesliga and adds an attacking option to Bruno Lage's side.

The 25-year-old, who had 16 goals and 22 assists for RB Salzburg in the 2019/20 campaign, was introduced to the Molineux crowd ahead of Wolves' match against Manchester United on Sunday.

"He's got a lot of talent and is very versatile - he can play across all the front positions, a striker, second striker or wide. He had a fantastic goalscoring record at Salzburg and will give us a good option in the front areas."

He could make his debut after the international break when Wolves face Watford at Vicarage Road on 11 September.