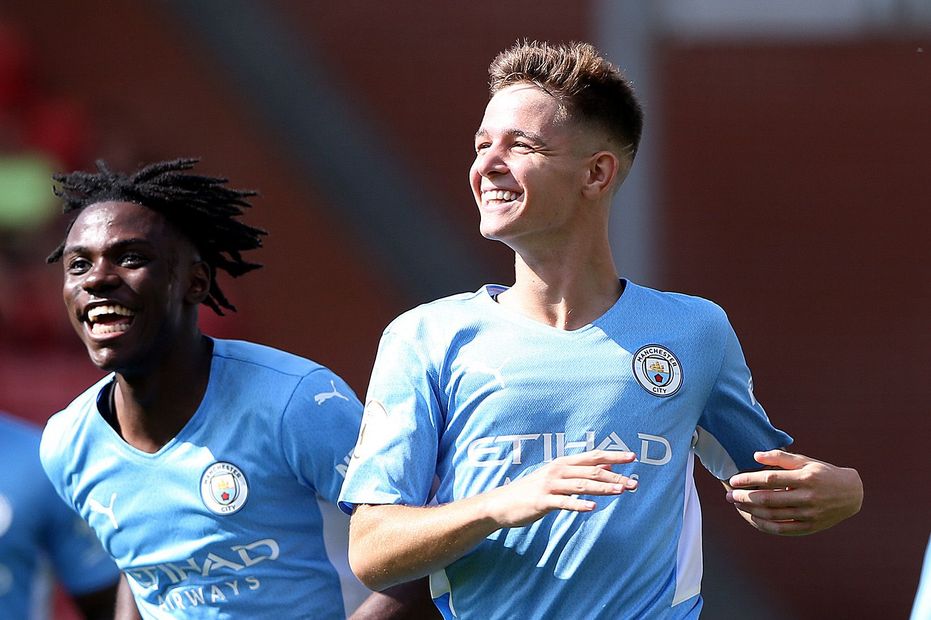 Manchester City earned the local bragging rights in a thrilling six-goal encounter as they beat Manchester United 4-2 in Matchweek 3 of the Premier League 2 campaign.

James McAtee scored a hat-trick for Man City before Tai Sodje rounded off the scoring in a win that took them top of Division 1 with seven points.

There was also a derby victory for Arsenal who came from behind to beat 10-man Tottenham Hotspur 2-1.

In Division 2, West Bromwich Albion beat rivals Birmingham City 3-2, while Norwich City came out on top in a high-scoring affair at Sunderland.