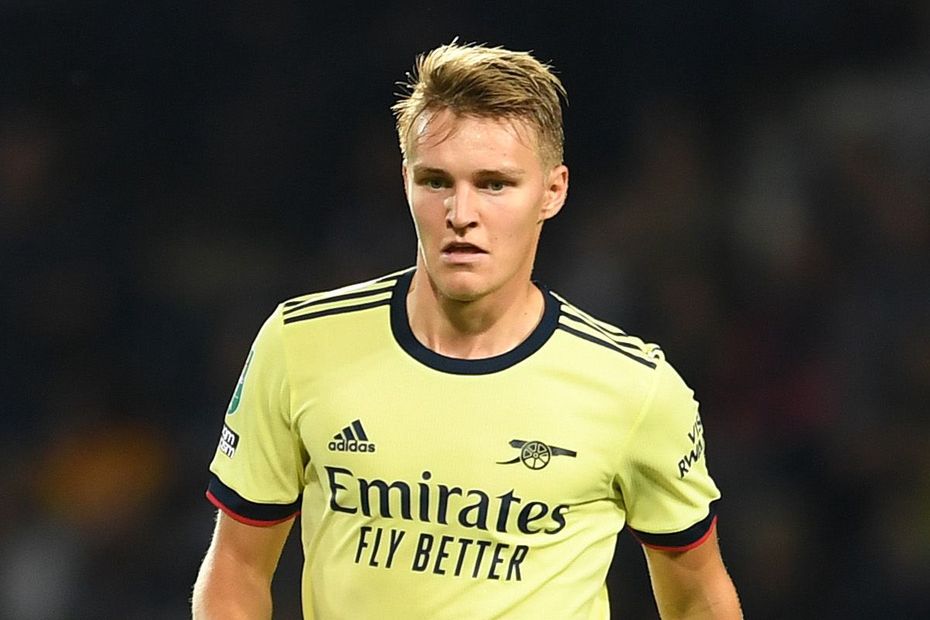 What Arteta made of Odegaard and Ramsdale External Link
Best FPL Draft picks for 2021/22
FPL Draft: What you need to know

Martin Odegaard’s permanent return to Arsenal can make him a big favourite for Fantasy Premier League Draft managers in Gameweek 3.

The Norwegian signed for the Gunners on a permanent basis last week but his arrival came too late for him to be registered ahead of Gameweek 2.

Those managers who are now among the first to pick in their respective Draft leagues should be considering Odegaard as a priority for Friday’s waiver wire deadline of 11:00 BST.

However, FPL Draft managers can simply bench Odegaard against Pep Guardiola’s side with one eye on the Gunners’ upcoming schedule.

From Gameweek 4 onwards, four of their next six matches score only two in the Fixture Difficulty Ratings (FDR).

Odegaard is among a host of candidates for managers to consider across the positions, with the following players all owned by less than half the managers in eight-team Draft leagues.

A visit from Manchester United is hardly the most enticing fixture for the Wolverhampton Wanderers’ No 1. Again, though, you sometimes have to look beyond the current Gameweek when plotting your FPL Draft transfers. If you can bench Sa for this weekend, his subsequent four matches all score just two in the FDR.

The West Ham United centre-back is a great one-Gameweek option at home to Crystal Palace. Dawson’s five shots in the penalty area rank second among all defenders, while the Eagles have failed to score in three matches in all competitions under Patrick Vieira.

Newcastle United’s Matt Ritchie also has a favourable fixture this weekend, at home to Southampton. Playing as a wing-back, his nine chances created sit second among all defenders in Fantasy.

The Dane produced an assist in each of his final two outings for Arsenal last season. From the point of his 2020/21 debut, Odegaard’s total of 20 chances created was more than any other Gunners’ player.

Abdoulaye Doucoure’s growing influence on the Everton midfield under Rafael Benitez is worth monitoring. The Frenchman heads to Brighton & Hove Albion on the back of a goal and an assist in the first two Gameweeks.

In FPL Draft, the competition for forwards is always the fiercest. As managers can only have three such players, and many Premier League sides only play with a single striker, planning well in advance in this position - even two Gameweeks ahead - is absolutely vital.

Get Pukki in now for Norwich’s very strong schedule from Gameweek 5 onwards - seven of their subsequent 10 matches score only two in the FDR. If you leave it until Gameweek 5, there’s every chance a rival will have snapped him up.