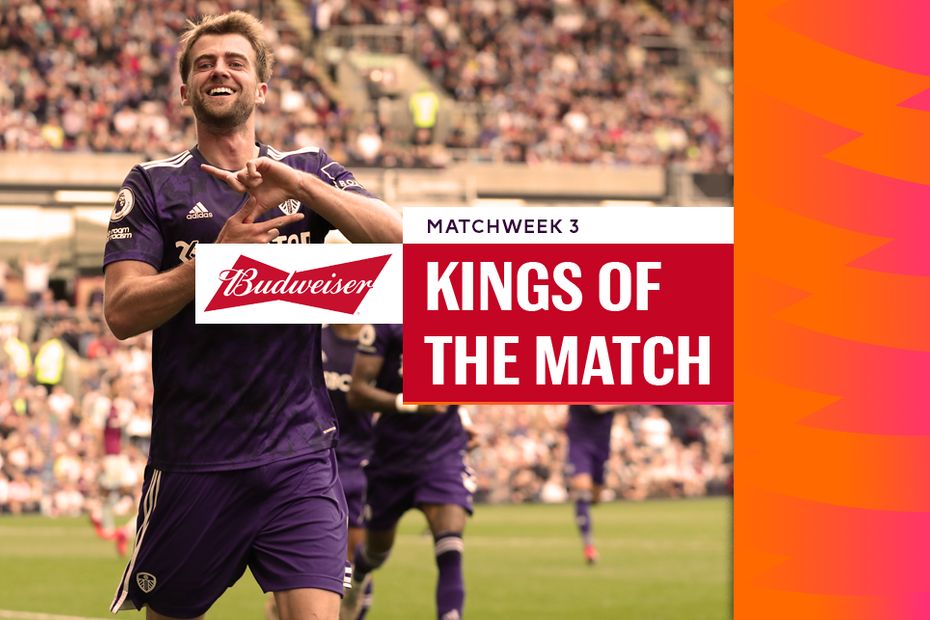 See which players earned the backing of supporters, including Leeds striker Patrick Bamford

After the final whistles in the third Matchweek of 2021/22, thousands of supporters voted to crown their Budweiser Kings of the Match.

Fans across the world have had their say and chosen their top performers via the official Premier League website and app. Here's who came out on top.

Torres threatened the Gunners defence throughout, scoring twice and assisting another to claim 62.5 per cent of the vote.

The striker continued his fine start to the season, slotting home a penalty as the Toffees extended their unbeaten run.

A constant threat throughout and scored a fine, late goal as Newcastle United were held by Southampton.

The Leicester City striker's first away Premier League goal in 12 matches helped secure a resounding 58.7 per cent of the votes.

The Liverpool star scored his 99th Premier League goal from the penalty spot to earn a draw with Chelsea.

Bamford earned 54.1 per cent of the vote after scoring with four minutes remaining to secure a draw for Leeds United.

Son scored a first-half free-kick to preserve his team's perfect start to the season and earned 76.4 per cent of the vote.

The Manchester United striker earned his side a win at Molineux which also secured a PL record of unbeaten away matches.