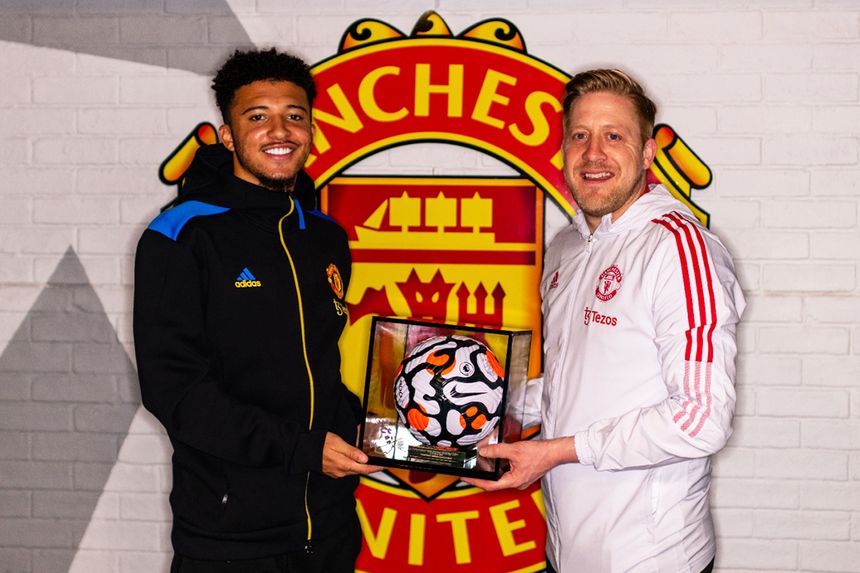 Sancho: I'm believing in myself a lot more External Link

The Premier League Debut Balls initiative celebrates the achievement of homegrown players making their first appearance in the top flight.

A Debut Ball is given to all homegrown debutants who have been developed at an Academy of a club in the English football pyramid for three years or more prior to their 21st birthday.

Each player receives an official Nike match ball from the season of their debut, housed in a personalised, engraved case.

⚽ @joshdasilva_ with his @premierleague debut ball

Thanks to @premierleague for sending out our debut balls😎 pic.twitter.com/Lkblac7X6L

Different paths but the same journey 👊

6⃣ Bees have been presented with their @PremierLeague Debut Balls#BrentfordFC

🗣 "It was an immensely proud day for me and my family. I would have loved to have got the win, but I think looking back on the day as a whole, I'll be forever proud."

Debut ball presentation, and what a debut it was! 👊 pic.twitter.com/FzTFqPTTjk

*Correct as of Matchweek 38