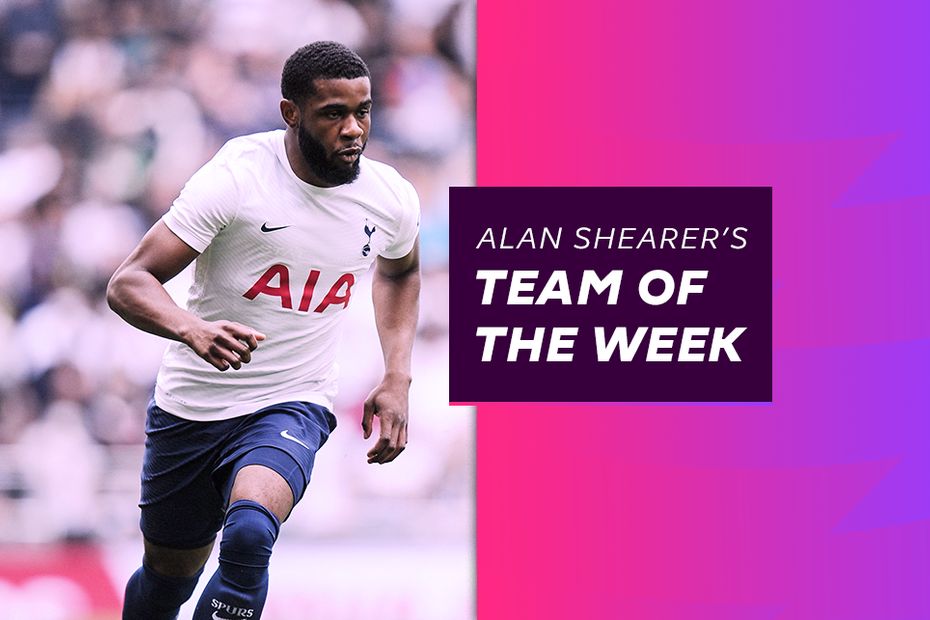 Japhet: “Walking around, I had chills” External Link
Shearer: Spurs' pace on the break inspired win
Shearer: Return of fans has made it an amazing start to season

At just 22 years of age, Japhet Tanganga faced the unenviable task of opening the season against two of the Premier League's trickiest players in Jack Grealish and Raheem Sterling.

That result ended Pep Guardiola’s perfect opening-weekend record and impressed the Premier League's all-time top goalscorer and Hall of Fame inductee Alan Shearer, who has named Tanganga alongside a Spurs team-mate in his Matchweek 1 Team of the Week.

What do you make of his picks? 👀 pic.twitter.com/mGffRImGfb

Alisson (LIV) NOR 0-3 LIV
The Brazilian carried on where he left off last season, making two good saves to keep his clean sheet.

Japhet Tanganga (TOT) TOT 1-0 MCI
He had the tough task of facing Grealish and Sterling and dealt with them both. Magnificent.

Ethan Pinnock (BRE) BRE 2-0 ARS
A clean sheet, an assist and he won everything. A superb first Premier League appearance.

Marcos Alonso (CHE) CHE 3-0 CRY
Scored a brilliant free-kick and kept a clean sheet in an excellent start for Chelsea. The Spaniard was a constant threat down the left.

Paul Pogba (MUN) MUN 5-1 LEE
Four assists in one match. Truly outstanding. He only had three all of last season! This could be the year we see the very best of Pogba.

Bruno Fernandes (MUN) MUN 5-1 LEE
He’s up and running again with a magnificent hat-trick on the opening weekend. What a start to the campaign!

Richarlison (EVE) EVE 3-1 SOU
The Brazilian’s goal, assist and all-round performance will have impressed new manager Rafa Benitez, I am sure.

Son Heung-min (TOT) TOT 1-0 MCI
What a goal, and what a way to earn a win over the champions. Son caused Man City problems with his pace and skill.

Mohamed Salah (LIV) NOR 0-3 LIV
Two assists and an opening-weekend goal for the fifth season running! I expect another big season for the Egyptian.

Manager: Thomas Frank (BRE) BRE 2-0 ARS
What a night for the Brentford head coach. He got his tactics spot on to mastermind a famous win over Arsenal on the Bees’ Premier League debut.