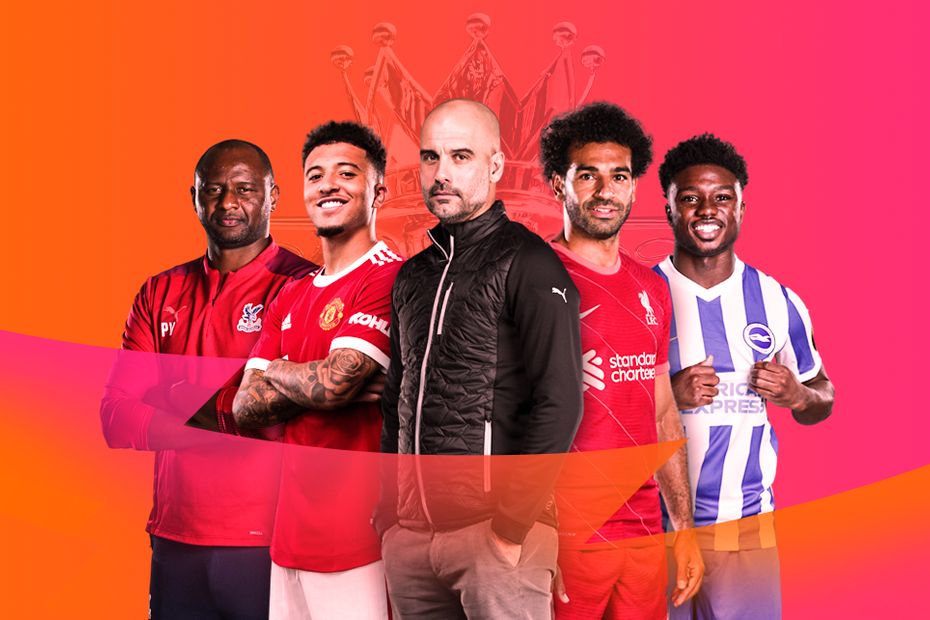 Return of full stadiums, new signings and a host of talent on show set the stage for a thrilling campaign

Return of supporters: All you need to know
Academy stars ready to light up the top flight again
'Communities investment has life-changing impacts'

The Premier League is back and it promises to be as exciting a season as ever, with the return of more than 300,000 fans this weekend giving the campaign an early boost.

The title chase is set to be a thriller. Who can stop champions Manchester City from retaining the Premier League Trophy, especially after they strengthened their world-class midfield with record signing Jack Grealish?

After delivering the UEFA Champions League in just half a season at Chelsea, Thomas Tuchel now has his sights set on the Premier League Trophy and has brought in Romelu Lukaku to help deliver it.

Liverpool will be boosted by the return of Virgil van Dijk and Joe Gomez as well as their new exciting centre-back Ibrahima Konate.

Leicester City will be looking to break into the top four after falling just short two seasons in a row. Prolific striker Patson Daka and talented midfielder Boubakara Soumare have been bought by an ambitious Brendan Rodgers.

And Tottenham Hotspur and Arsenal will look to reverse their fall down the table last season to be competing for a top-six spot once more.

"It's really exciting and I've given up trying to predict what's going to happen," says Premier League Chief Executive Richard Masters. "Manchester City will be going for their sixth title, but we know how hard it is to go back-to-back.

"The transfer window is now in full swing, we'll see how that plays out at the end of August.

"It's going to be competitive. Clubs are investing in their squads. We've got a chasing pack who want to get into the European spots, so we can expect the great soap opera to deliver."

Hoping to be among the chasing pack will be Everton under Rafael Benitez, who returns to the Premier League on the blue side of Merseyside.

Sancho is one of a number of England players who starred at UEFA Euro 2020 and are looking to continue that form in the 2021/22 Premier League.

"We launched the Elite Player Performance Plan 10 years ago and we've invested over £1billion in the Academy system during that near-10-year period," says Masters.

"I think it's no coincidence now that we’re seeing our principle objective of more and better players coming through English football academies.

"Gareth Southgate’s England squad at the Euros was packed with players who are also great role models as well. EPPP is about developing the best of the best. Attracting the best from around the world with the best English-qualified talent, and last season we had almost 40 per cent of Premier League starters were qualified to play for England.

"That's a 12-year high, and I think it is the impact and the effort that’s been made in the Academy system over the last 10 years.

"There are lots of people at the clubs who need to be congratulated on their efforts in raising it to what I think are world leading standards."

The biggest positive for 2021/22 will be the sight once more of stadiums full of fans for the first time in nearly 18 months.

"I'm very excited," says Masters. "March 2020 was the last time we had a full fixture round with full stadiums, so it's a huge relief to everybody that we can open the turnstiles again.

"Over 300,000 fans are coming through the turnstiles this weekend into raucous atmospheres, but also safe environments.

See: League prepares to welcome fans back to grounds

"We're asking our supporters to follow a new supporters’ code of conduct, which is what we've all been following over the past 18 months, with common sense about wearing face masks indoors, following signage, being hygienic and respecting the people around you.

"Fans should communicate with their clubs to see what information is being provided to them, so that they can come and experience a positive Premier League environment."