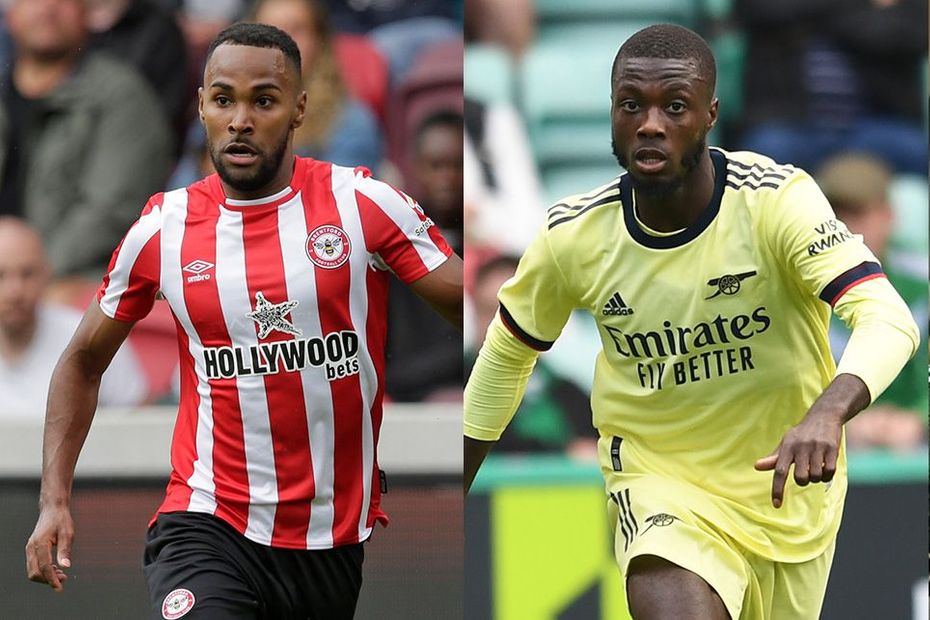 Adrian Clarke looks at key tactical points in the opening round of 2021/22 fixtures.

There promises to be a fascinating battle of wills between Rico Henry and Arsenal winger Nicolas Pepe on opening night at the Brentford Community Stadium.

Henry is a dynamic presence for Brentford with the quality to thrive at Premier League level.

He is quick, aggressive and blessed with the pace and drive to make important contributions in the final third.

The former Walsall man is also snappy in the tackle and excellent at defending in 1v1 situations.

Pepe has looked sharp on the right flank during pre-season and will be hoping to keep Henry pegged back in his own half for much of this contest.

But on home turf, in front of a full house and with the world watching this season's curtain-raiser, Henry will in turn try to take the Arsenal man the other way.

Arsenal do not have a settled first-choice right-back so Brentford head coach Thomas Frank will almost certainly try to target that area.

Henry likes to bring the ball forward and deliver crosses from the left, so he could cause Mikel Arteta's side problems.

Brentford's promotion push was aided by a switch in formation as Frank swapped his trademark 4-3-3 formation for a 3-5-2 system during Henry's injury lay-off late on in 2020/21.

Attacking wide man Sergi Canos was selected in the left wing-back position during that 10-match stretch, and the bold move paid off.

Brentford lost only one of their final 10 matches, keeping clean sheets in six of those contests.

Brentford after switch to 3-5-2

Given their tactics in pre-season, it appears the Bees will persist with a 3-5-2 formation at the start of their first Premier League campaign.

The addition of a third defender adds a level of extra security that makes sense given the step up in quality that Brentford will encounter this term.

And boosted by the athleticism of Henry, Arsenal - and Pepe in particular - could be in for a difficult evening.

Part 1: How Son can lead the line against Man City