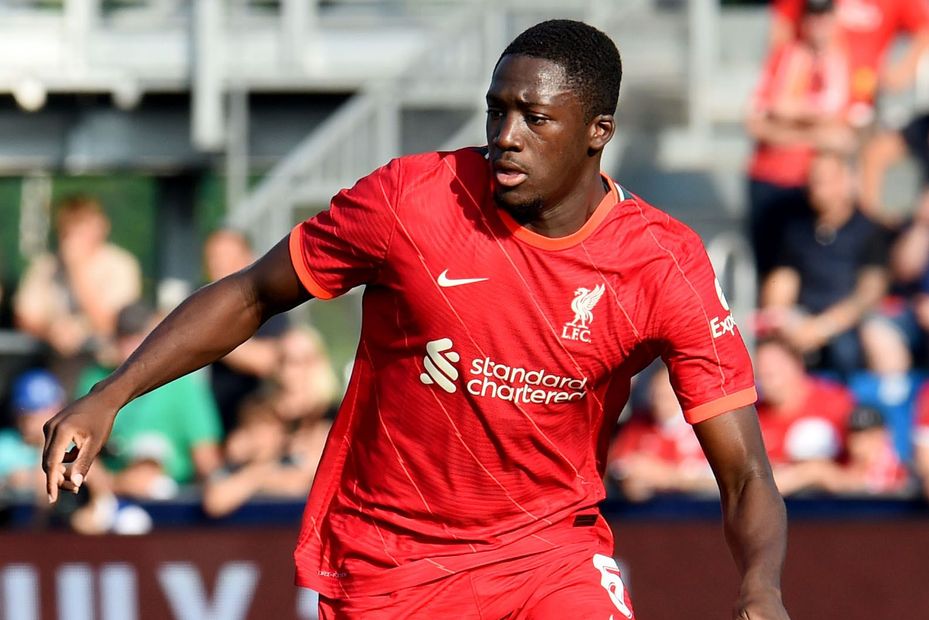 Konate has the raw ingredients to become a top-class player in the centre of defence for Liverpool.

The 22-year-old summer signing from RB Leipzig, is powerful and exceptionally quick for someone who is six foot, four inches tall.

Having missed large chunks of the last two seasons through injury, Konate's all-round game will be a work in progress in the short term.

Out from the back

One of his standout qualities is an ability to bring the ball confidently out of defence.

If the opposition drop off and let him have possession, he will stride forward with purpose and attempt to draw a player towards him before making a pass.

On occasion, he may lose the ball and find himself out of position, but in general this trait will provide Liverpool’s back four with a useful, alternative method of moving the ball forward.

He made 5.76 metres of progress on average when carrying the ball out from the back in the Bundesliga during 2020/21.

Konate is more willing to dribble with the ball than any other Liverpool centre-back.

The absence of Virgil van Dijk and Joe Gomez had a major impact on the way Jurgen Klopp wanted his team to play last term.

Losing that amount of pace at the back left Liverpool susceptible to rapid counter-attacks and they were vulnerable to turnovers.

Under Klopp, Liverpool have always deployed a high defensive line, but as 2020/21 wore on they needed to drop a little deeper and backed away from their usual pressing style.

Konate has outstanding speed, which will allow Liverpool to squeeze up the pitch and condense space inside the opposition half.

His ability to react to dangerous situations and use his acceleration to provide cover is a primary reason why he is so highly regarded.

Due to the stop-start nature of his career so far, it is not easy to evaluate Konate’s defensive stats, but he does appear to now be less combative and more of a reader of the game.

Last season, he made around a third of the tackles per 90 minutes that he attempted during his 2017/18 debut campaign in the Bundesliga.

Year on year he has produced a steady increase in the number of his ball recoveries.

These are signs that Konate is showing more patience in the way he defends, waiting for the right moments to regain possession.

The Frenchman is at his most comfortable operating on the right of a centre-back pairing, so he is a potential partner for Van Dijk.

If he is able to settle and form an understanding with the returning Netherlands international, Konate can help Liverpool rediscover the solidity that helped them win the title in 2019/20.