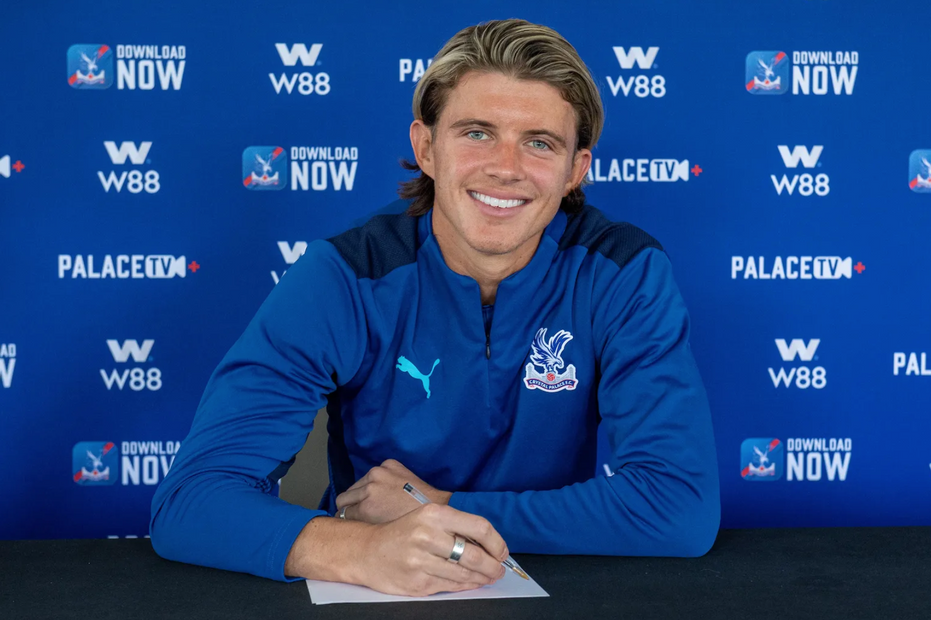 Crystal Palace have announced the signing of Chelsea midfielder Conor Gallagher on a season-long loan.

The 21-year-old becomes the fifth summer arrival at Palace after spending the 2020/21 season on loan at West Bromwich Albion, where he scored twice and provided two assists in 30 Premier League appearances.

"I can’t wait to get started, I’m happy to get the deal over the line," Gallagher told the club's official website.

The midfielder has played nine times for England Under-21s and was part of the squad that won the Under-17 FIFA World Cup.

Gallagher will hope to make his Premier League debut for Palace at home to Brentford on 21 August, with the on-loan midfielder ineligible to face parent club Chelsea on the opening weekend.