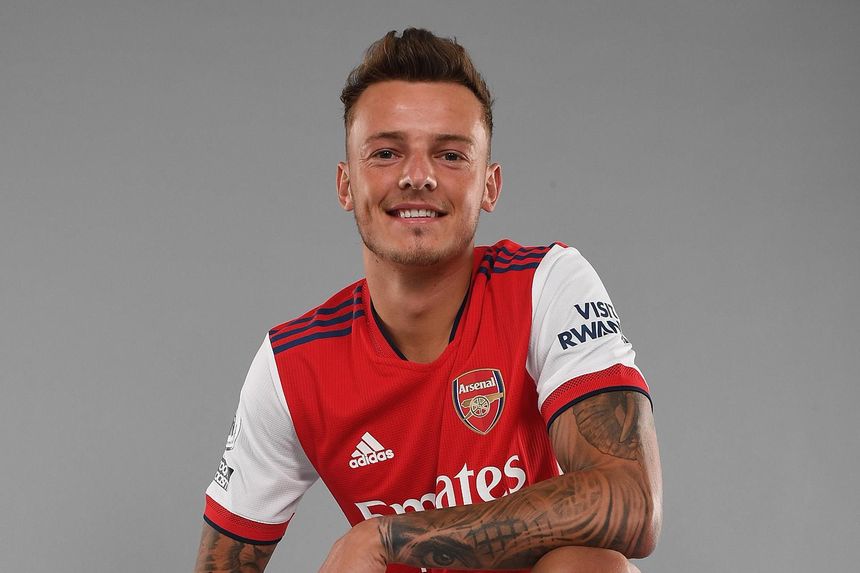 What Ben White will bring to Arsenal External Link

The arrival of White will immediately improve Arsenal in and out of possession this season.

He is a fast-improving central defender, who over the last two seasons with Brighton & Hove Albion and at Leeds United in the Championship, was an outstandingly calm presence.

On the ball White possesses great quality and confidence.

The 23-year-old can hit fabulous long-range passes from back to front, just like David Luiz, the man he has effectively replaced at Emirates Stadium.

Left-back Kieran Tierney is sure to be the recipient of a stream of accurate switches of play from White, who will often be the catalyst of Arsenal attacks from a right-of-centre position.

His ability to drill 40-yard passes over the last defender for runners from deep is another skill manager Mikel Arteta is sure to encourage from his latest signing.

An average of 40.1 per cent of White's passes go forward, so his style will make Arsenal’s distribution from defence a lot more progressive in 2021/22.

The England international will also carry the ball forward with purpose.

His 24 successful dribbles were more than any other top-flight centre-back in 2020/21.

Always willing to carry the ball, especially when opponents drop off, White will add more thrust to how Arteta’s side build from the back.

No central defender made more ball carries that included successfully taking on an opponent than White last term.

The former Brighton man is around 6ft and slimly built, so will not add height or power to the Arsenal backline. What he will provide is excellent decision-making and a sound reading of the game.

In 1v1 situations, White stands up and tries not to commit himself early, and he is terrific at anticipating danger.

Last term no Brighton player made more blocks than his 22.

White’s greatest strength in a defensive capacity is the way he steps forwards to make well-timed interceptions.

If Arsenal focus harder on pressing higher up the pitch this season, which pre-season outings indicate will happen, his willingness to squeeze up and steal the ball when it is knocked forward will be a huge asset.

Only one Premier League central defender made more interceptions than White's 62 in 2020/21 - Southampton’s Jan Bednarek.

When you compare White's figure to those of the Arsenal centre-backs from last season - Gabriel (26 interceptions), Rob Holding (24), David Luiz (16) and Pablo Mari (nine) - you can see the difference White can make.

Brighton primarily used a back three last term and in that shape White was the obvious pick on the right side of a trio.

Previously at Leeds, he had regularly starred on the right of a centre-back pairing.

Across the last two seasons, White has also been used as a holding midfielder on occasion, which is testament to his skill, nimble footwork and passing quality.

This versatility is perfect for Arteta, who will know White will comfortably adapt to any formation or tactical instruction he provides.

Under the Spaniard Arsenal are also an extremely fluid side with players interchanging positions throughout the 90 minutes.

Whether he is on the ball by the right touchline, in an unfamiliar area on the left, or anywhere inside the opposition half, White has the experience and skillset to thrive without being fazed.

Arsenal have recruited a quick, reliable defender who has the quality on the ball of a central midfielder.

He should be a roaring success in north London.