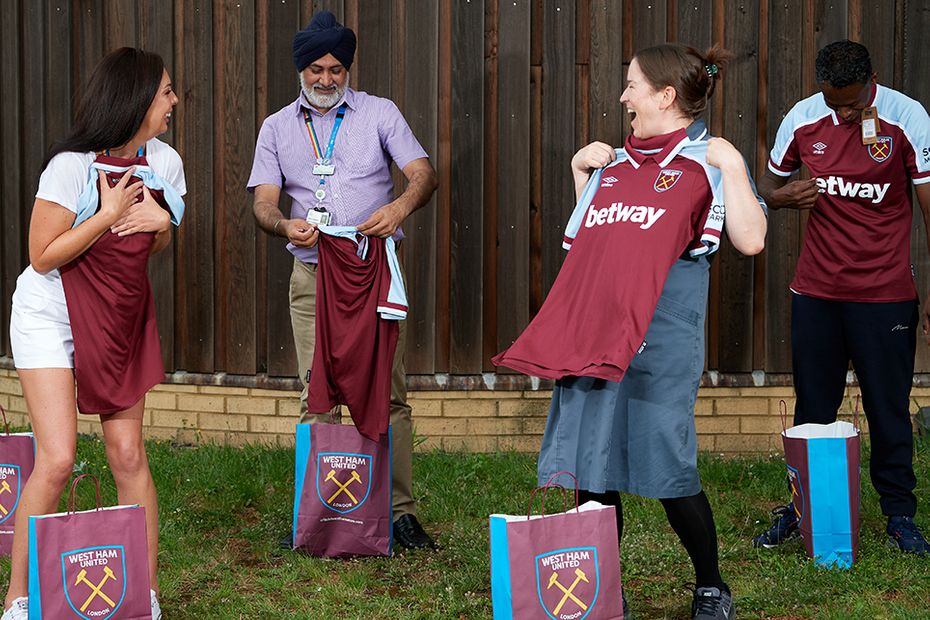 To show their respect and admiration for the ongoing work of the NHS during the pandemic, West Ham United invited five staff members from their local NHS Trust to help launch their new 2021/22 home kit.

For Baker, who works at Queens Hospital just around the corner from the Hammers’ Rush Green training ground, it was an especially poignant moment.

After receiving life-saving treatment at the hospital for a previously undetected brain tumour, she was delighted that her fellow NHS workers had the chance to see the kit first.

"They're a fantastic bunch here, the doctors and nurses, and all the therapists," Baker told the club's official website.

"It's been horrific on certain days but we work well and get through it."

West Ham's ongoing support to the NHS has remained a huge morale-boost to the staff during these unprecedented months.

"We are really grateful for the continued support the club have shown us throughout the pandemic," added Mealy.

"Even recently we had a thank you video from the men's and women's teams. It's really appreciated by everyone."

Throughout the pandemic West Ham and other Premier League clubs have also been offering their facilities and resources to help the NHS and those in need in their communities.

Residents of east London boroughs were able to book ahead and receive their first vaccination at London Stadium.

King Power Stadium, Anfield, Villa Park, Old Trafford, Tottenham Hotspur Stadium and Elland Road are just some of the other venues to have supported the training and/or administering of vaccinations.