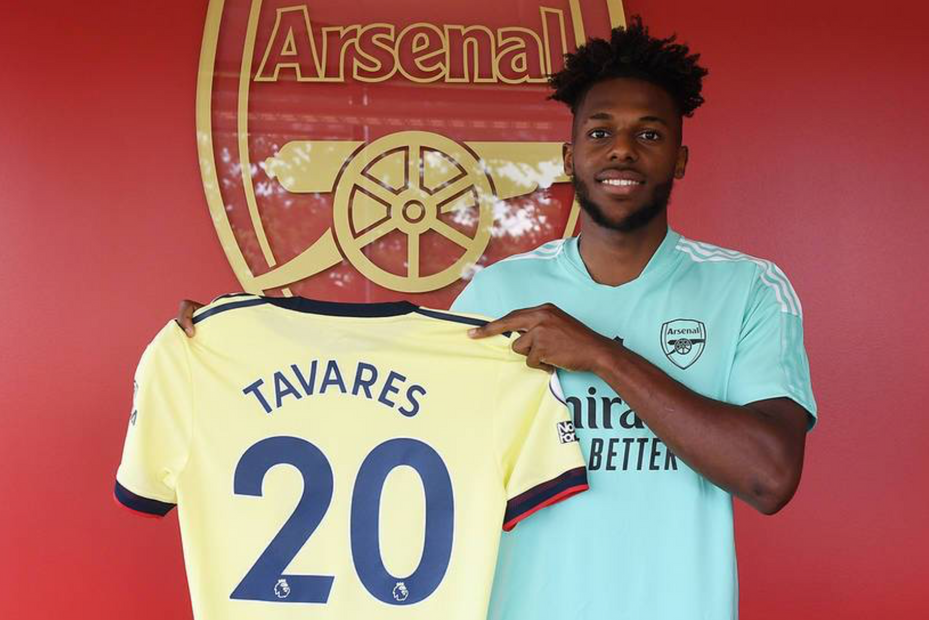 What Tavares will bring to Arsenal External Link
FPL experts' teams: You have to invest in Toney
Budget midfielders to target for 2021/22 FPL

Eight new players have been added to Fantasy Premier League and are available for managers to select for 2021/22.

You can now pick Arsenal signing Nuno Tavares (£4.5m) ahead of the new campaign.

The Portuguese left-back has arrived from Benfica, having produced seven assists in 41 appearances across all competitions for the club.

Elsewhere, four Watford players have been added to the game.

Forward Joshua King is available for £5.5m, arriving at Vicarage Road after spending the second half of last season with Everton.

The Norway international registered 178 points in 2016/17 while at AFC Bournemouth, thanks to 16 goals and three assists, and he topped 100 points in each of the following two seasons.

Nigerian midfielder Peter Etebo (£4.5m) joins from Stoke City after scoring twice in 52 appearances for the Potters, while forward Adedapo Awokoya-Mebude is also priced at £4.5m having signed from Rangers.

Cucho Hernandez, who spent last season on loan at Getafe, is another forward and costs £5.0m.

Will any of these new Watford #FPL assets make it into your @OfficialFPL team? 🤔 pic.twitter.com/wgFnCVOvd3

After agreeing a new contract, Federico Fernandez (£4.5m) has been included in Newcastle United's squad.

The centre-back totalled 53 points in 2020/21 Fantasy, more than any other Newcastle defender.

Meanwhile, Rayan Ait Nouri (£4.5m) could emerge as a value pick in defence when, after a challenging trio of initial fixtures, Wolverhampton Wanderers’ schedule turns kinder.

According to the Fixture Difficulty Ratings (FDR), their four matches between Gameweeks 4 and 7 score only two.