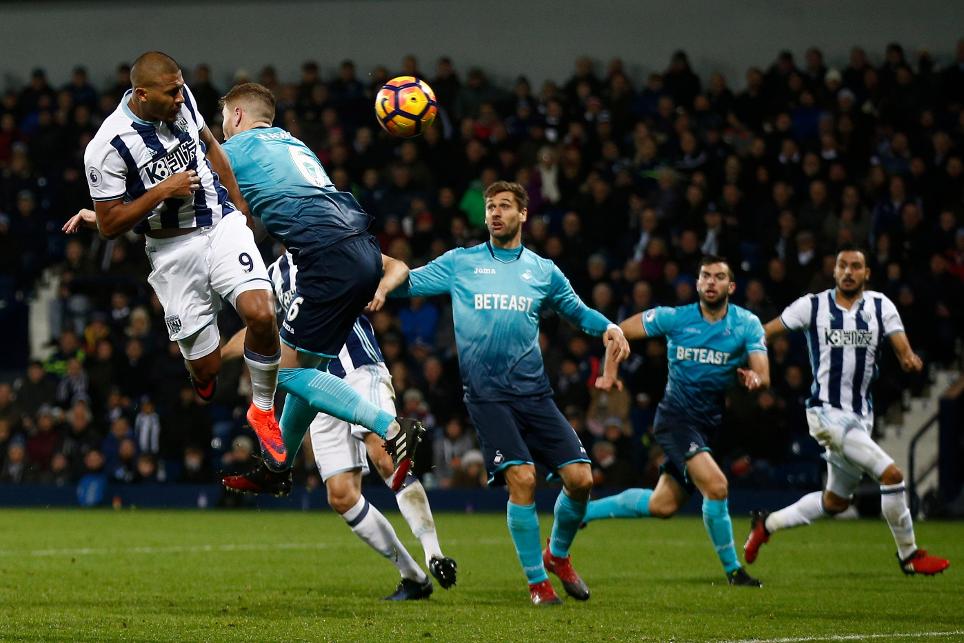 We must respond to adversity, says Bradley External Link

The Baggies striker spurned the best chance of the opening 45 minutes when clear through on goal, but was clinical in the second period with three headers in the space of 13 minutes.

We use our heads to think... And also to put the ball in the back of the net 😜! ⚽⚽⚽ Great night for the Baggies! #WBA pic.twitter.com/9MDuIcy4AV

The 27-year-old emulated Duncan Ferguson's headed treble against Bolton Wanderers in December 1997 as West Brom surged up to seventh in the standings.

Wayne Routledge latched onto a free ball for a consolation but the Welsh club remain in the bottom three.