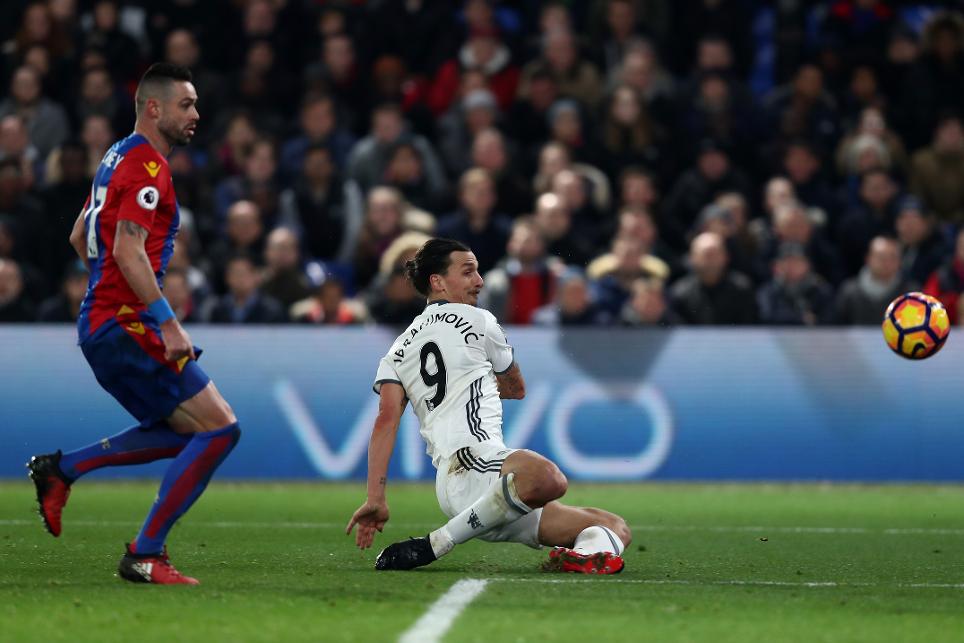 Paul Pogba gave Jose Mourinho's side the lead just before half time when he converted Ibrahimovic's flick on from close range, having seen an earlier strike saved by Wayne Hennessey.

To our amazing fans who made the trip down to London - Zlatan has a message for you... #MUFC https://t.co/XH9HqjAnJC

David De Gea preserved the lead with an excellent stop to deny James McArthur but the Palace midfielder equalised shortly after with a cool finish from Damien Delaney's sublime back-heel.

The match was heading for a stalemate but in the final moments Pogba turned provider for Ibrahimovic who slotted home to keep Manchester United within three points of fifth-placed Tottenham Hotspur.