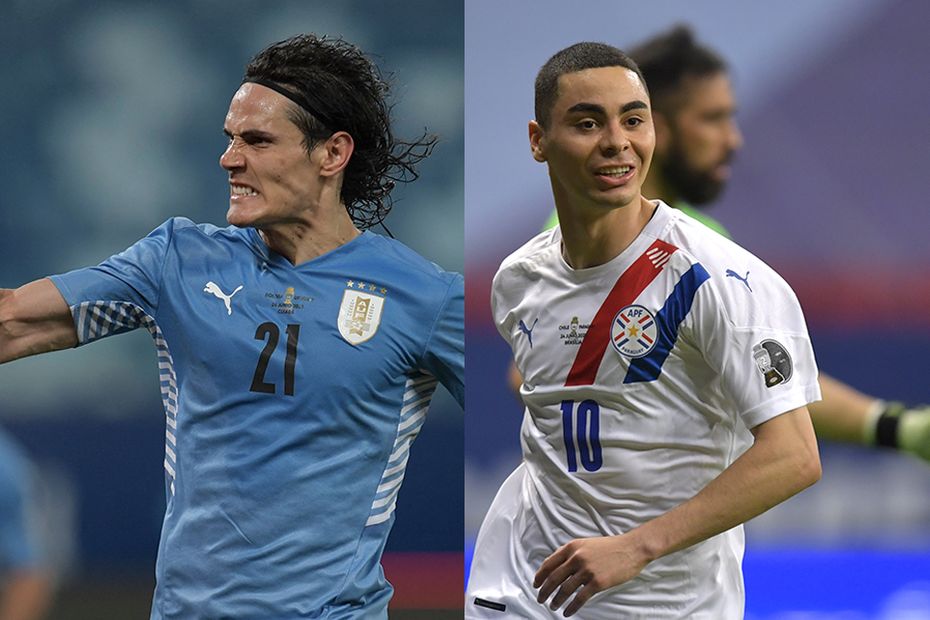 Manchester United's Edinson Cavani helped Uruguay through to the quarter-finals of the Copa America with his 52nd goal for his country.

The Man Utd striker scored in a 2-0 win over Bolivia on a night when Newcastle United's Miguel Almiron also starred on the international stage.

Almiron produced a goal and an assist as Paraguay also made it through to the last eight with a 2-0 win against Chile.

Liverpool forward Roberto Firmino was also among the goals as he helped holders Brazil to a 2-1 comeback victory over a Colombia side featuring Everton and Tottenham Hotspur defenders Yerry Mina and Davinson Sanchez.

Coming on as a substitute alongside fellow PL stars Thiago Silva, Fred, Richarlison and Gabriel Jesus, Firmino netted a 78th-minute equaliser before Brazil found a late winner. They progress as group winners, with Colombia also going through.

The #PL talent firing their countries to the #CopaAmerica quarter-finals 👏 pic.twitter.com/ajxxq67osn

See: All the PL players in Copa America squads

A total of 95 Premier League players will continue their quest for UEFA Euro 2020 glory when the last 16 gets under way this weekend.

All 16 nations remaining in the tournament boast at least one player contracted to a club who will feature in England's top flight in 2021/22.

There could be as many as 16 in action in the first knockout match between Wales and Denmark, which kicks off at 17:00 BST on Saturday.